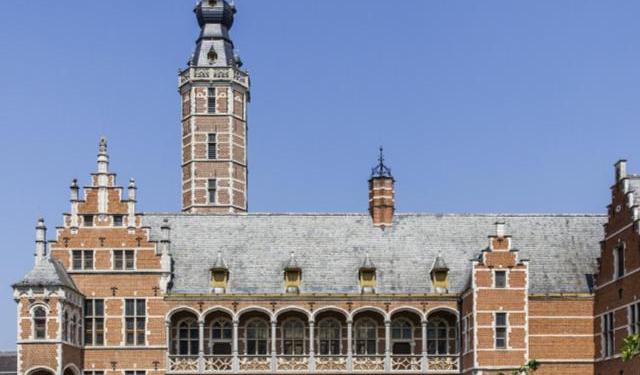 I was delighted to be invited to the press event prior to the opening of the new Museum Hof Van Busleyden in Mechelen. Actually I felt very privileged. The press tour for Dutch speakers was in the morning, and according to Press Coordinator Sara Verhaert it attracted around 35 people. I had registered for the English-language press tour – and was the only one attending! So Curator Samuel Mareel gave me a very personal museum tour, which was great!

He was a talented doctor of law from Arlon in the south of present-day Belgium. He lived from 1470 to 1517, and moved to Mechelen in the early 16th century. Here he was appointed head of the Great Parliament, the highest court in the Netherlands. He turned his brand new residence (the site of this museum) into a luxurious palace which he filled with beautiful art and books. He also received the great humanists of the day, Erasmus and Sir Thomas More. Van Busleyden’s palace became well-known for its thought-provoking discussions among the key thinkers of the time. ...... (follow the instructions below for accessing the rest of this article).
This article is featured in the app "GPSmyCity: Walks in 1K+ Cities" on iTunes App Store and Google Play. You can download the app to your mobile device to read the article offline and create a self-guided walking tour to visit the attractions featured in this article. The app turns your mobile device into a personal tour guide and it works offline, so no data plan is needed when traveling abroad.