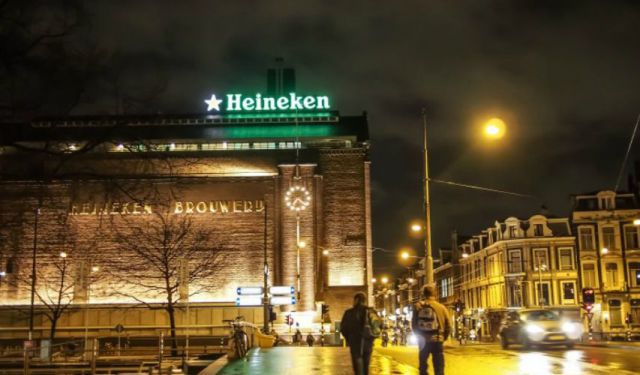 My Heineken Experience, Amsterdam, Netherlands (B)

Of all the things to see and do with our short time in the wonderfully charming city of Amsterdam we end up at a brewery. Not that there is anything wrong with that and to be honest, it is pretty much on brand with Erin and I. That said, there is a lot of culture in Amsterdam and the Heineken Brewery isn’t on top of that list. Strolling the canals, visiting the Ann Frank House, smelling the tulips, wandering the Van Gough Museum, even taking in the Red Light District should come before this brewery “tour.” Still Erin hadn’t visited the famous brewery before and wanted too, which I get. I am a big believer of making up your on mind on things. So with that in mind know that:

I first visited the Heineken Brewery in 2006 and remember feeling pretty “meh” about the “experience.” At that time I was touring with a friend who had visited the brewery five years or so prior to that. I was told how great the brewery tour was only to arrive to find everything he liked about the place was gone. It was once a proper brewery with a proper brewery tour but around 2001 the brewery side was dropped and the “experience” was added. With that came flashing lights and techno music, somewhat burying the story behind the beer. 8 years later and things are no different. ...... (follow the instructions below for accessing the rest of this article).
This article is featured in the app "GPSmyCity: Walks in 1K+ Cities" on iTunes App Store and Google Play. You can download the app to your mobile device to read the article offline and create a self-guided walking tour to visit the attractions featured in this article. The app turns your mobile device into a personal tour guide and it works offline, so no data plan is needed when traveling abroad.