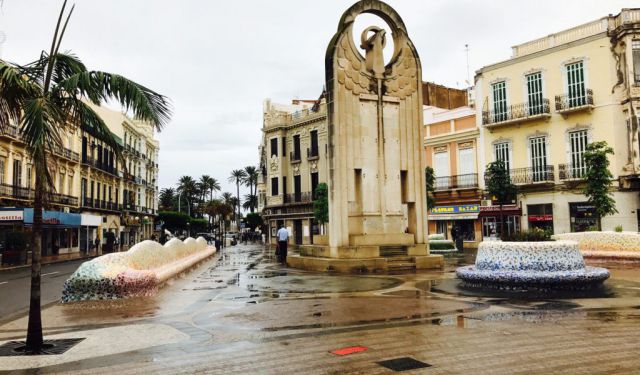 My Visit to Spanish Morocco and the City of Melilla, Melilla, Spain (B)

Remember how I said I was on a Mysterious Morocco and Seductive Spain cruise with Fred. Olsen Cruise Lines? On this day we were in port in Melilla, which I thought was in Spain. Technically, it’s Spain, but it’s considered an autonomous Spanish city in Spanish North Africa and Morocco has officially claimed it as an occupied territory. Confused yet? So was I, but let’s try to figure this out.

The map above shows where Spain is in relation to Northern Africa. The highlighted area in red is Melilla. In addition to Melilla, there is one other autonomous Spanish city, Ceuta.

With an area of a little less than 5 square miles, Melilla shares a border with Morocco and has a population of approximately 75,000 including ethnic Spaniards, ethnic Riffian Berbers, as well as Sephardic Jews and Sindhi HIndus. While Spanish is considered the official language, both Spanish and Riffian-Berber are the most widely spoken languages in Melilla. ...... (follow the instructions below for accessing the rest of this article).
This article is featured in the app "GPSmyCity: Walks in 1K+ Cities" on iTunes App Store and Google Play. You can download the app to your mobile device to read the article offline and create a self-guided walking tour to visit the attractions featured in this article. The app turns your mobile device into a personal tour guide and it works offline, so no data plan is needed when traveling abroad.