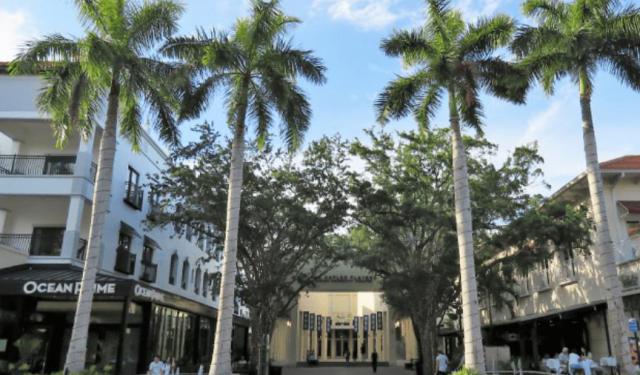 Perfectly manicured lawns, sprawling golf courses, a vibrant downtown, quirky stores, plenty of sun, sand and sea are some of the first things you notice when you visit the eclectic city of Naples in Southwest Florida. Voted as the healthiest and happiest city in the US twice in a row according to the Gallup-Healthways State of American Well-Being 2016 Community Rankings, Naples is situated on the Gulf of Mexico, just about 125 miles from the happening city of Miami.

A popular winter home for many in the country due to its amazing sunshine throughout the year, Naples is a perfect blend of the contemporary and old world charm.

While it is synonymous with ultra modern and impeccably maintained housing communities and a booming real estate market, a large chunk of the city is part of Florida’s heritage and historic district lending it a distinctive, vintage flavour.

The best place to start exploring the city is to visit to the Naples Depot museum. Completed in 1927, the Depot is one of the oldest structures in the city which welcomed the first passenger train into it. This opened the city and the Southwestern part of the state to tourism and the rest of the world. Though the train services stopped in 1971, the heritage Depot building was retained and converted into a museum in 2005. The museum is a treasure house of information on the legendary Atlantic coast line train and has extensive information on the history and development of Naples including the evolution of its culture, residents and industries as it stands today. ...... (follow the instructions below for accessing the rest of this article).
This article is featured in the app "GPSmyCity: Walks in 1K+ Cities" on iTunes App Store and Google Play. You can download the app to your mobile device to read the article offline and create a self-guided walking tour to visit the attractions featured in this article. The app turns your mobile device into a personal tour guide and it works offline, so no data plan is needed when traveling abroad.