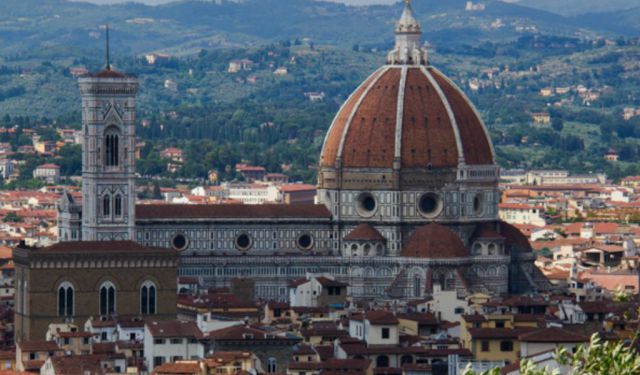 Palazzo Pitti - A Snapshot of Florence, Florence, Italy (B)

I have visited Florence many times and followed the usual tourist trail but as soon as the official tour is over and I am free to wander I always make my way to the same place, a snapshot of this famous town and an oasis from the throng – Palazzo Pitti. This large historic palace is a short distance across the River Arne from the historic centre. For many years it was the residence of the rulers of Florence and in 1919 it was given to the Italian government which transformed it into a museum complex.

Its story began in 1458 when Luca Pitti, a wealthy Florentine banker, commissioned the construction of a palace intended to rival those of the ruling Medici family. Filippo Brunelleschi is believed to have been responsible for the design of the building but as he died twelve years before it was built it is more probable that his assistant Luca Fancelli was the architect responsible for its construction. It was built in Oltrarno which at the time was a rural area.

In 1549 the then grand duke, Cosimo 1 de’ Medici, bought the palace for his Spanish wife, Eleonora di Toledo when the Pitti family had financial problems. Eleonora suffered from poor health and Cosimo was convinced the rural environment would be good for her. The Medici family moved from the Palazzo Vecchio (the seat of government) to the Palazzo Pitti which became the main residence for the rulers of Florence. The Royal Apartments are open to the public and serve as a wonderful reminder of the opulence of the period. ...... (follow the instructions below for accessing the rest of this article).
This article is featured in the app "GPSmyCity: Walks in 1K+ Cities" on iTunes App Store and Google Play. You can download the app to your mobile device to read the article offline and create a self-guided walking tour to visit the attractions featured in this article. The app turns your mobile device into a personal tour guide and it works offline, so no data plan is needed when traveling abroad.