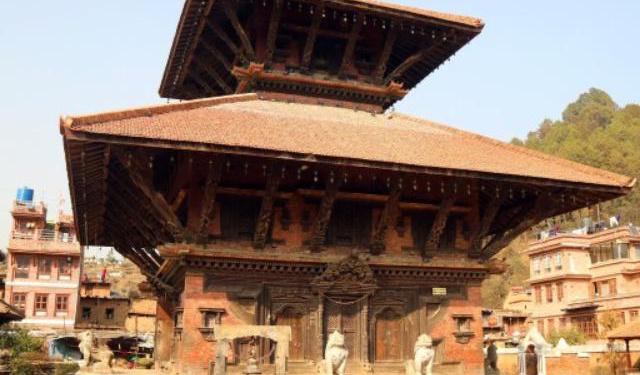 Panauti, Nepal is a small city full of history and charm. Back in the early 1700’s, the King of Bhaktapur gave the small state to his sister as part of her dowry. It later became part of Nepal when the country was unified along with Kathmandu, Patan, and Bhaktapur. Prior to that time, the three cities were separate kingdoms. The city developed when it was a popular stop on the salt trade route from Tibet to India. It’s background is rich in Newari culture which can be seen in the winding alleyways and beautiful architecture.

Personally, I like to call Panauti “Little Bhaktapur” because of its charm. Although the old city resembled Bhaktapur a great deal, it’s much smaller and much less touristed. Still, it has its own Durbar Square (minus the entry fee), and its own version of Pashupatinath Temple which runs along the water acting as a cremation site for Hindus. Panauti is just as beautiful as the major historical cities, but less touristy. It’s actually one of the oldest towns in Nepal, and one of the best preserved (minus the old palace which lays in ruin). The 2015 earthquake didn’t have a devastating effect in this area, leaving it mostly intact. ...... (follow the instructions below for accessing the rest of this article).
This article is featured in the app "GPSmyCity: Walks in 1K+ Cities" on iTunes App Store and Google Play. You can download the app to your mobile device to read the article offline and create a self-guided walking tour to visit the attractions featured in this article. The app turns your mobile device into a personal tour guide and it works offline, so no data plan is needed when traveling abroad.