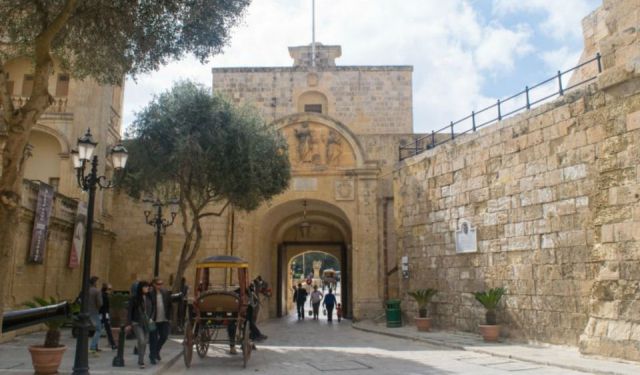 Once the capital of Malta, the fortified city of Mdina lies near the middle of the Mediterranean island. This location alone makes Mdina an interesting spot to visit, since so many of Malta’s landmarks rest along the country’s rugged coastline. In the modern-day, the fortified Mdina sits within the town of Rabat, once only a suburb of the great fortress. Possibly Mdina’s greatest claim to fame these days is its use as a setting in Game of Thrones‘ first season. But trust me, there’s plenty more to this atmospheric place.

I figured the best way to show you Mdina and Rabat was through photos as they are quintessentially Maltese and photos best capture their serene gracefulness. So take a look through my time in Rabat and the Silent City.

The fortress city of Mdina can trace its origins back to the Phoenicians as far back as the 8th century BC. It wasn’t until the Romans that the city blossomed and was known as Melite. It shrunk again after the fall of the Roman Empire and passed through many hands over the centuries. For those who have visited Morocco or know some Arabic, you may have noticed its similarity to the word ‘medina‘ for ‘town’ or ‘old town’. That’s no coincidence, as the city earned this name during the Arab occupation of Malta. ...... (follow the instructions below for accessing the rest of this article).
This article is featured in the app "GPSmyCity: Walks in 1K+ Cities" on iTunes App Store and Google Play. You can download the app to your mobile device to read the article offline and create a self-guided walking tour to visit the attractions featured in this article. The app turns your mobile device into a personal tour guide and it works offline, so no data plan is needed when traveling abroad.