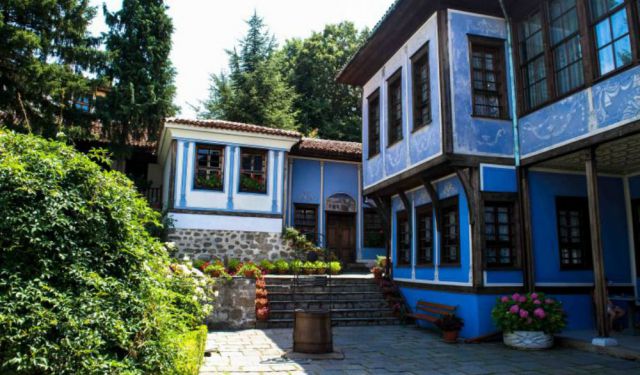 Plovdiv, An Ancient City with Youthful Spirit, Plovdiv, Bulgaria (B)

After enjoying Bulgaria’s coast for two weeks, it was time to head inland. Having only seen the seaside parts of the country, I wasn’t sure what to expect with my first stop in the city of Plovdiv. What I found was a place with a fascinating blend of colourful history and optimistic energy. Plovdiv truly is a city with one eye on the past and the other on the future.

Bulgaria’s second largest city, Plovdiv has at its heart – both geographically and in essence – its long and storied past. It is the in city centre where you can see remnants of the city’s different eras, but also glimpses of what its future may look like. Because the city’s history is so integral to its identity, I’m going to look through how the different periods have left their mark and then finally what its present holds.

Plovdiv’s history remained mostly uneventful for thousands of years, as just a simple Thracian settlement, until the arrival of Philip of Macedon in 342 BC. With Philips’s conquest of the town, it changed its name to Philippopolis. The town would then become part of a tug-of-war for generations between the local Thracians and the kings of Macedon, until the arrival of the Romans. ...... (follow the instructions below for accessing the rest of this article).
This article is featured in the app "GPSmyCity: Walks in 1K+ Cities" on iTunes App Store and Google Play. You can download the app to your mobile device to read the article offline and create a self-guided walking tour to visit the attractions featured in this article. The app turns your mobile device into a personal tour guide and it works offline, so no data plan is needed when traveling abroad.