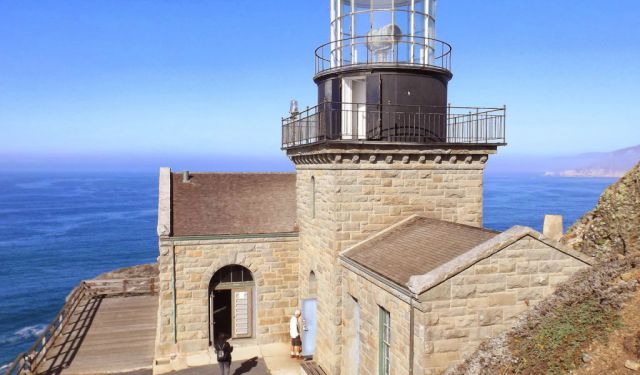 In 1939, the United States Coast Guard became responsible for the upkeep and maintenance of all lighthouses including Point Sur. When the station was automated in 1972, the lighthouse keepers were no longer needed and left the station.

In 1984, the Coast Guard turned over all but the lighthouse, oil house, and mess hall, to the California Department of Parks and Recreation. In 1987, volunteers began giving tours of Point Sur and in 1993 the non-profit Central Coast Lighthouse Keepers (CCLK) was formed to assist the state in restoring Point Sur Lightstation.

CCLK has no paid employees, yet it is due in part to their work with the State Parks that complete restoration of the carpenter/blacksmith shop (1999), the barn (2000), water tower (2001) and head keepers quarters (2012) has been accomplished. Because of the work of CCLK and all the volunteers we are able to tour this incredible location today!!!!

Originally this room housed the two boilers used to generate the steam for two fog whistles. Now the room is filled with informational placards and vintage equipment. ...... (follow the instructions below for accessing the rest of this article).
This article is featured in the app "GPSmyCity: Walks in 1K+ Cities" on iTunes App Store and Google Play. You can download the app to your mobile device to read the article offline and create a self-guided walking tour to visit the attractions featured in this article. The app turns your mobile device into a personal tour guide and it works offline, so no data plan is needed when traveling abroad.