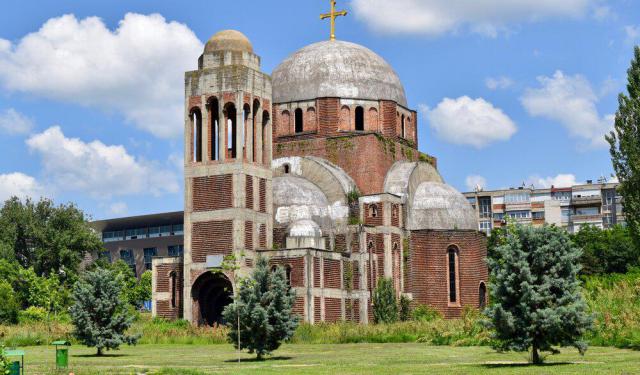 Pristina, a Day Trip to Kosovo from North Macedonia, Pristina, Serbia (B)

After the unilateral declaration of independence from Serbia in 2008, Kosovo has become the newest country in Europe. Still not recognised as an independent country by many nations, this landlocked territory is off the radar for most international visitors.

During my last visit to neighbouring North Macedonia, I decided to take a day trip to Pristina, the capital of Kosovo. Although the city lacks in historical sites, a visit to Europe’s youngest capital with its numerous cafes and welcoming people is still a must. I even was lucky enough to spot former President Bill Clinton, who was in town to celebrate the 20th anniversary since the NATO drove out the Serbian forces and put this former province on the path to independence!

Just like I did, you’ll most likely reach Pristina from Skopje, the capital of North Macedonia. Both cities are only 90km apart and the journey generally takes 2h30m each way, including the time spent at the border. The distances are not too big, which is perfect for a one-day visit. ...... (follow the instructions below for accessing the rest of this article).
This article is featured in the app "GPSmyCity: Walks in 1K+ Cities" on iTunes App Store and Google Play. You can download the app to your mobile device to read the article offline and create a self-guided walking tour to visit the attractions featured in this article. The app turns your mobile device into a personal tour guide and it works offline, so no data plan is needed when traveling abroad.