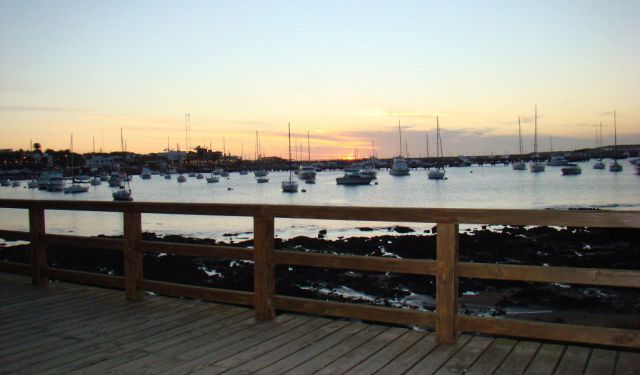 I know, it sounds like a very weird mental association, but it’s where I spent most of my Christmas holidays until the beginning of my university exam’s session in January became a priority.

In Punta there is the beach house of my grandmother and in winter I used to fly there withmy mother to visit her and my aunt. A Christmas without decorations, but with lots of cakes and laughter.

The name describes its geographical location, a peninsula that points towards east on the coast of Uruguay.

On one side you dive in the icy Atlantic Ocean and on the other in the more quiet and warmer estuary of the Rio de la Plata.

Punta del Este was a military avant-ranking during the war with Brazil, but already in the late nineteenth century, with the construction of the first hotel, it became a place of rest and marine treatments.

In the early twentieth century the city had not even five hundred inhabitants, but many of them were dreaming of making of it a resort like Biarritz or Brighton. Already in 1907 the companyBalneario Punta del Este invited the first Argentines and Uruguayans vacationers, who arrived on board of the legendary boat Golondrina. The rise of the city was very fast and in 1924 was founded the Yacht Club. ...... (follow the instructions below for accessing the rest of this article).
This article is featured in the app "GPSmyCity: Walks in 1K+ Cities" on iTunes App Store and Google Play. You can download the app to your mobile device to read the article offline and create a self-guided walking tour to visit the attractions featured in this article. The app turns your mobile device into a personal tour guide and it works offline, so no data plan is needed when traveling abroad.