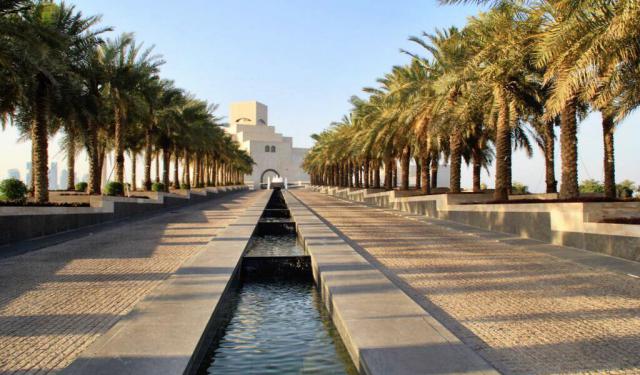 Qatar: A Stopover in Doha, Doha, Qatar (B)

Using the Middle East as a hub when travelling around the world is becoming an increasingly attractive option and this year we had a brief stopover in Qatar between the United Kingdom and New Zealand.

With approximately 20 hours between flights, we were keen to see a bit of this desert city state on the coast of the Arabian peninsula.

As of October 2017, Qatar has become the easiest place in the Middle East for a stopover, offering visa-free access to 80 nationalities.

You don’t need to apply or pay for a visa. A multi-entry waiver is issued free-of-charge at the airport (you just have to present a valid passport with a minimum validity of six months and a confirmed onward or return ticket).

There is a new e-visa platform for Qatar, through which travellers of all nationalities can easily apply for tourist and visitor visas.

We arrived in Doha around 7am local time and went straight to our hotel in a taxi (some hotels offer free shuttle pick up/drop off or you can pre-book a taxi for around $20). Qatar Airways was offering a free hotel stay and the Holiday Inn generously allowed us both early check in and late check out so we had the hotel room right through until midnight when we departed for the airport. ...... (follow the instructions below for accessing the rest of this article).
This article is featured in the app "GPSmyCity: Walks in 1K+ Cities" on iTunes App Store and Google Play. You can download the app to your mobile device to read the article offline and create a self-guided walking tour to visit the attractions featured in this article. The app turns your mobile device into a personal tour guide and it works offline, so no data plan is needed when traveling abroad.