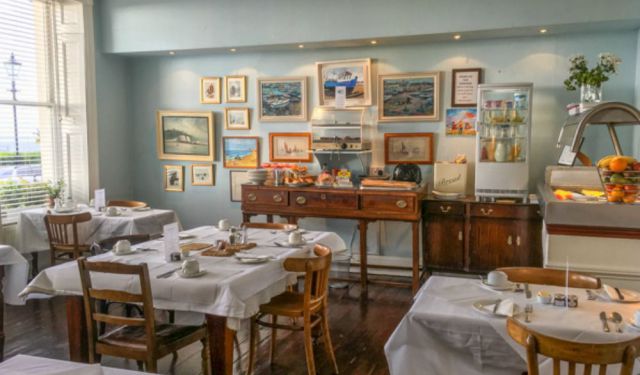 Ramsgate - Touched by Royalty and Saved by its Tunnels, Ramsgate, England (B)

The Royal Harbour of Ramsgate in Thanet, Kent is a picturesque jumble of boats, buildings and arches. After enjoying the panorama from Military Road above the harbour I walked down Jacobs Ladder to the water’s edge. Jacobs Ladder was built by John Shaw in 1826 to replace the original wooden staircase that was built around 1750. John Shaw was responsible for building most of the harbour including the lighthouse and the obelisk. The latter was dedicated to George IV for making Ramsgate a Royal harbour after he visited the town in 1821. He visited the town several times and was impressed by the hospitality he received there. The steps of Jacobs Ladder emerge by the Sailors’ Church which is next to the old home of the Smack Boys. Both reflect the sea-faring heritage of the town. Smack boys were the apprentices on the fishing smacks and Ramsgate was unique in its provision of its home to care for them. Later this building was used to care for rescued sailors, mostly from ships that went down on the Goodwin Sands. During the First World War it was used to look after survivors of the war. Today the church is open to the public and holds services during the summer months ...... (follow the instructions below for accessing the rest of this article).
This article is featured in the app "GPSmyCity: Walks in 1K+ Cities" on iTunes App Store and Google Play. You can download the app to your mobile device to read the article offline and create a self-guided walking tour to visit the attractions featured in this article. The app turns your mobile device into a personal tour guide and it works offline, so no data plan is needed when traveling abroad.