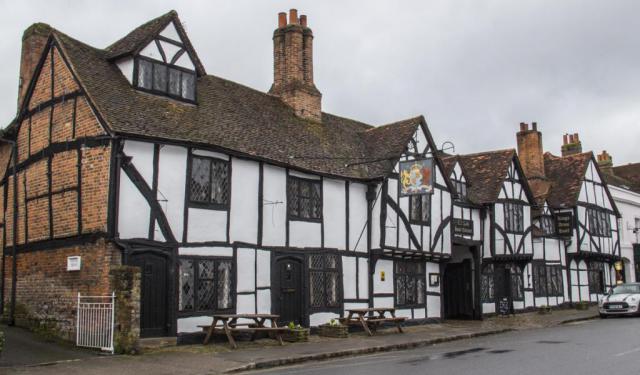 It was thanks to the friendly bus driver that I discovered that Amersham is a town of two parts, Old Amersham and Amersham-on-the-Hill. Had I got off at the station as I intended I would have had a long walk to the old town.

As the name suggests Old Amersham, in Buckinghamshire, was the original settlement and for hundreds of years it was under the sway of the Drake familyfamily, a dynasty of Lords of the Manor of Amersham. Old Amersham is littered with testaments to their influence here but, perhaps the greatest gift was bequeathed by Thomas Tyrwhitt-Drake in the 1840s. He opposed the building of the London-Birmingham railway through the Misbourne Valley because it would have spoilt his view from Shardeloes, his ancestral home. Old Amersham Old Amersham was not touched by the Victorian development that accompanied the arrival of the railway in other towns. Today it thrives as an example of pre-Victorian history. Ironically, my bus did not go through the town so I started my exploration at the far end of the High Street. ...... (follow the instructions below for accessing the rest of this article).
This article is featured in the app "GPSmyCity: Walks in 1K+ Cities" on iTunes App Store and Google Play. You can download the app to your mobile device to read the article offline and create a self-guided walking tour to visit the attractions featured in this article. The app turns your mobile device into a personal tour guide and it works offline, so no data plan is needed when traveling abroad.