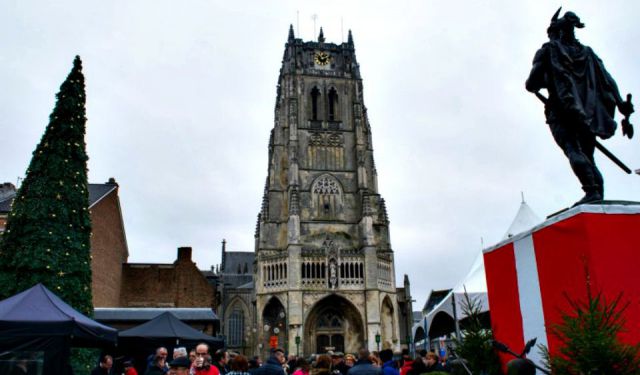 Reckoning with the Ancient Roman City of Tongeren, Tongeren, Belgium (B)

Most of Belgium’s main tourist destinations happen to be the country’s main cities, like Brussels, Ghent and Antwerp. But among the list there is one outlier, a small city that also happens to predate all of its company. That city is Tongeren in far-east Limburg and alongside Tournai, it is actually the oldest city in Belgium. In its day, the city was a major Roman settlement that strategically controlled both the road networks and vital riverways in the region. Visiting Tongeren today, you’re still able to explore much of this remarkable Roman history that is proudly on display.

So what’s the story with Tongeren? Well, to cover that it’s really best that we start with the Gallo-Roman Museum of Tongeren, since there you can learn all about the city and region’s history. And I mean all of its history, as the museum spends considerable time even covering the region’s pre-Roman history.

For instance, well before you start reading about the Romans, the museum explores the lives of the Neanderthals. From there it’s onto the advent of farming and the formulation of societies. All of this is done quite organically in order to set the stage for the main event, the arrival of the Romans. ...... (follow the instructions below for accessing the rest of this article).
This article is featured in the app "GPSmyCity: Walks in 1K+ Cities" on iTunes App Store and Google Play. You can download the app to your mobile device to read the article offline and create a self-guided walking tour to visit the attractions featured in this article. The app turns your mobile device into a personal tour guide and it works offline, so no data plan is needed when traveling abroad.