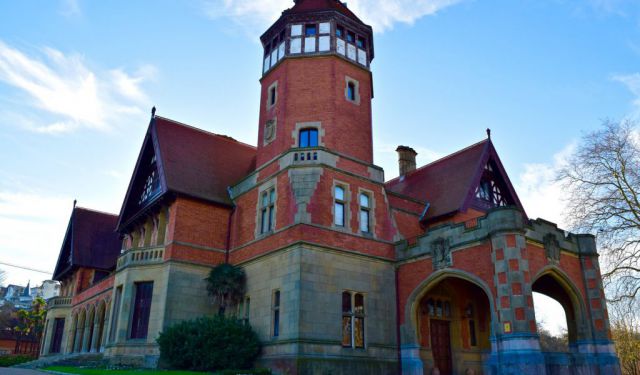 San Sebastián, also known as Donostia in the local language, is one of those places that you've had right next to home for years, but have never had the chance to visit. Everyone kept telling me how wonderful this place is, so during my last visit to Spain, I couldn't help spending a couple of days in this city of the Spanish Basque Country. But is San Sebastián as special as everybody said?

San Sebastián is very well connected to every major city in Spain. As the city is located right at the border with France, most routes between Spain and France will stop there, no matter what side of the border you're travelling from.

I arrived in San Sebastián by train after my one day visit to Burgos. I booked an apartment just a few minutes away from the train station, and after leaving my bags, I started discovering the city with a visit to the cathedral, located literally around the corner.

The Buen Pastor Cathedral is a building from the 19th century, built following the style of the medieval churches of France and Germany. ...... (follow the instructions below for accessing the rest of this article).
This article is featured in the app "GPSmyCity: Walks in 1K+ Cities" on iTunes App Store and Google Play. You can download the app to your mobile device to read the article offline and create a self-guided walking tour to visit the attractions featured in this article. The app turns your mobile device into a personal tour guide and it works offline, so no data plan is needed when traveling abroad.