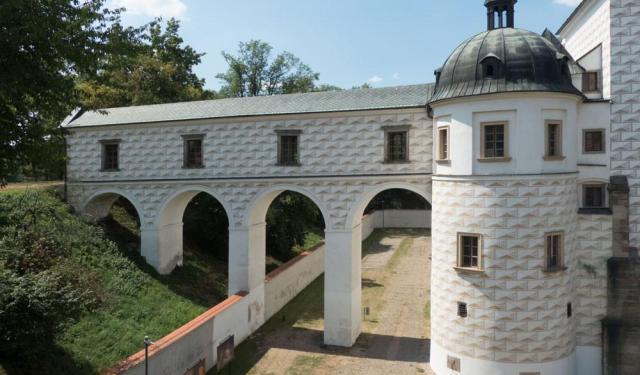 I have to confess I had never heard of Pardubice before my recent visit to the Czech Republic. Yet the phrase “Shine Like Pardubice” was once common, a reference to the town’s grand architecture. There is plenty to see and do here, even apart from the buildings, the old town and the castle. You could easily base yourself in Pardubice for a whole vacation, exploring the city and the region of East Bohemia. And it is easy to get to – just an hour by train from Prague or, for those in the UK, there are direct flights to Pardubice from Stansted.

Although Pardubice has always been an industrial town the historic centre is remarkably well preserved. You walk down cobbled streets lined with ornate buildings, mostly from the 16th century. (Before that time the houses were mostly wooden but following a series of fires they were rebuilt in stone.)

Once you get to the main square you are surrounded by buildings of varying periods and styles: Renaissance, late Gothic and 19th century. Look out for elaborate ornamentation and frescoes on the sides of buildings. Over time the architecture became so grand that people in other cities started to use the expression “Shine like Pardubice”. ...... (follow the instructions below for accessing the rest of this article).
This article is featured in the app "GPSmyCity: Walks in 1K+ Cities" on iTunes App Store and Google Play. You can download the app to your mobile device to read the article offline and create a self-guided walking tour to visit the attractions featured in this article. The app turns your mobile device into a personal tour guide and it works offline, so no data plan is needed when traveling abroad.