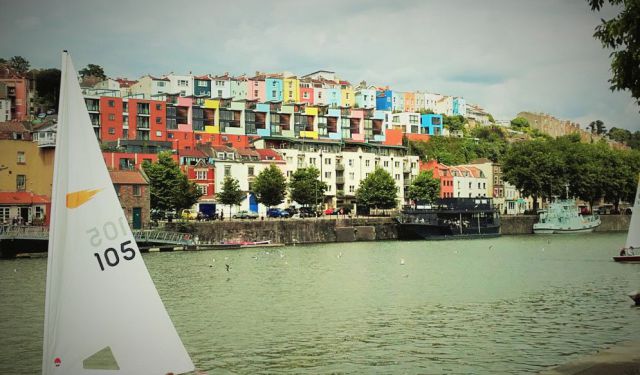 Bristol has always been a mystical place accessed from the M5 which causes multiple traffic jams in every direction. It is also a nightmare to drive around the city centre, with each roundabout comprising multiple lanes, at least three of which will be a bus lane, and one which will force you to do a U-turn and come back the way you just came. Even our Sat Nav gave up the ghost and started shouting random street names at us. Many of which were not even in Bristol (“Turn left onto Las Vegas Boulevard. Turn right onto the Champs Elysees). But once you’ve dumped the car and left the concrete jungle behind, there’s a whole lot of fab stuff in Bristol…

We based ourselves in the Premier Inn at King Street. No beating around the bush here…it was cheap(ish) and well located. In fact it’s so well located that you are in stumbling distance of Bristol’s famous “Beermuda Triangle”. More on that later! It’s around the corner from the Queen Charlotte Street NCP, which although pricey (£21 for 24 hours) you do get a 25% discount from the hotel. Making it almost a bargain. And it was still cheaper than getting the train. ...... (follow the instructions below for accessing the rest of this article).
This article is featured in the app "GPSmyCity: Walks in 1K+ Cities" on iTunes App Store and Google Play. You can download the app to your mobile device to read the article offline and create a self-guided walking tour to visit the attractions featured in this article. The app turns your mobile device into a personal tour guide and it works offline, so no data plan is needed when traveling abroad.