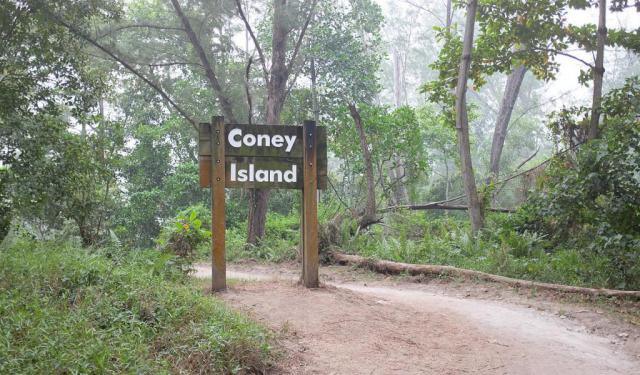 Tucked in the northeast of Singapore, the waterfront Punggol is one of the most rapidly evolving corners of Singapore.

From its historical roots as a plantation and farming settlement, Punggol has now received government’s injection to turn it into Punggol Digital District, essentially turning it into Singapore’s very own Silicon Valley which will open in 2024.

While commercial shopping centers and high-rise developments have turned it into Singapore’s most up-and-coming hang out spots, it has not detracted from its distinctive waterfront charm. Explore this Punggol trail to uncover the many characters this once sleepy town represent.

Accessible from the Punggol MRT and the Waterway Point shopping mall, this 12.25-hectare site is one of the four parks forming the North Eastern Riverine Loop. Key sights include an Instafamous solitary tree which has made rounds around social media for pre-wedding shoots, as well as Project LAVA’s striking graffitis representing Gilbert Koh’s Accident poem when you walk along the sunset strip. The park is often frequented by water-going birds such as the grey herons and white-throated kingfishers. ...... (follow the instructions below for accessing the rest of this article).
Image Courtesy of Jnzl.
This article is featured in the app "GPSmyCity: Walks in 1K+ Cities" on iTunes App Store and Google Play. You can download the app to your mobile device to read the article offline and create a self-guided walking tour to visit the attractions featured in this article. The app turns your mobile device into a personal tour guide and it works offline, so no data plan is needed when traveling abroad.