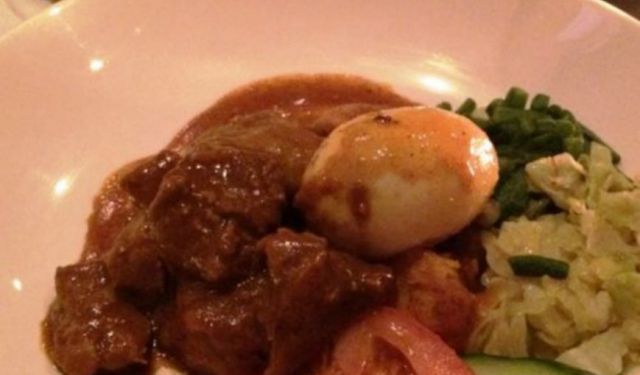 Surinamese Food for Beginners: Where to Eat it in Amsterdam, Amsterdam, Netherlands (B)

Amsterdam is known for its Surinamese cuisine… apparently. I don’t know about you, but in my experience Surinamese and Indonesian food often get lumped in together, and even when you think you’ve ordered the former it turns out to be the latter. It’s not helped by the fact that Surinamese cuisine has been influenced and infiltrated by the cuisines of China, Indonesia, Africa, South America (and probably more besides!) so it’s hard to know what we even mean when we talk about Surinamese food. Plus, while there are plenty of higher-end sit-down Indonesian restaurants, most Surinamese “restaurants” are in fact takeaways.

After a decade living in Amsterdam, I figured it was time to knuckle down and find out where I could find “genuine” Surinamese food – and what best to order when I found it.

After a decade living in Amsterdam, I figured it was time to knuckle down and find out where I could find “genuine” Surinamese food – and what best to order when I found it. By the end of my research, I still can’t say I’ve found anywhere I’d take my friends for an entire evening, and I’m still very far from being an expert on what Surinamese food even constitutes. But then again, that’s perhaps not the point. If you know if anywhere that I’ve missed out on, let me know in the comments! And if not, surely there’s an ambitious Surinamese chef out there ready to take up the challenge? ...... (follow the instructions below for accessing the rest of this article).
This article is featured in the app "GPSmyCity: Walks in 1K+ Cities" on iTunes App Store and Google Play. You can download the app to your mobile device to read the article offline and create a self-guided walking tour to visit the attractions featured in this article. The app turns your mobile device into a personal tour guide and it works offline, so no data plan is needed when traveling abroad.