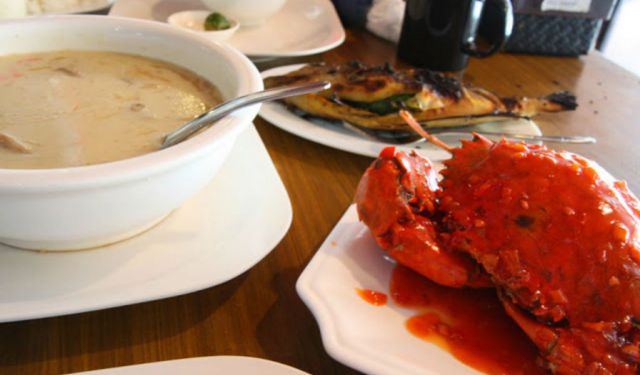 Sky. There are daily flights to Surigao City from Manila (via Philippine Airlines) and from Cebu (via Cebu Pacific).

Soil. There are buses to Surigao City direct from Butuan and Davao. Vans also ply between neighboring cities (such as from Tandag City in Surigao del Sur) to Surigao City.

History in the Heart of the City. You know you're in the heart of a city in the Philippines when you find the City Hall with a park or plaza nearby.

Surigao City Hall. Every city hall must have the country's flag flying outside. But there is only one city hall that has a marker reminding every passerby that on this site on December 26, 1898 was where the Philippine flag was first raised in Mindanao.

Luneta Park. Like Manila, Surigao City’s Luneta Park also has a statue of Dr Jose Rizal. Unlike Manila, Surigao City's Luneta Park has a colorful giant boot, a tourist assistance office, and the Battle of Surigao Strait Museum. The giant boot, according to MindaNews, houses a generator to power the nearby city hall, police headquarters, fire department, and public market during power outages; and a siren that goes off on a daily schedule and during emergencies. (I peeked and saw dust and junk. Maybe the generator was under all that junk.) The boot, according to the lady in the tourism office, was created in honor of Imelda Marcos who had donated the land and that the other boot, the left one, is in Tacloban. (To anyone who has spotted the left boot in Tacloban, please send me a photo!) ...... (follow the instructions below for accessing the rest of this article).
This article is featured in the app "GPSmyCity: Walks in 1K+ Cities" on iTunes App Store and Google Play. You can download the app to your mobile device to read the article offline and create a self-guided walking tour to visit the attractions featured in this article. The app turns your mobile device into a personal tour guide and it works offline, so no data plan is needed when traveling abroad.