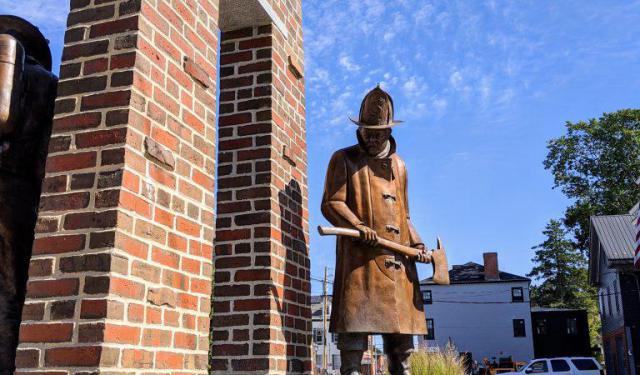 In a year where the world is changing, I’ve personally learned so much. It took the George Floyd shooting for me to wake up to so much I don’t know about US history. Despite loving it and excelling in it in school, I have large chunks of US history missing from my typical US-schooled curriculum.

Over time, I’ve tried to fill in the gaps by actively engaging in the interpretation at National Parks, reading essays, and watching historical pieces. I continued my education in US history this year by reading several books, including The New Jim Crow by Michelle Alexander, How to Be an Antiracist by Ibram X Kendi and White Fragility by Robin DiAngelo.

So when we had extra time on the last day of our New England trip for our 50 Hikes 50 States Project to squeeze in an urban hike in Portsmouth, NH, I jumped at the chance.

Immediately, I was gobsmacked by the realization that many of our historical buildings and local landmarks not only emphasize the white men they were named after, but they greatly ignore the people who helped build those locations and support their success. Despite Michelle Obama’s beautiful comment at the 2016 Democratic National Convention where she said, “I wake up every morning in a house that was built by slaves,” it never occurred to me that this white woman, me, should think about these things. ...... (follow the instructions below for accessing the rest of this article).
This article is featured in the app "GPSmyCity: Walks in 1K+ Cities" on iTunes App Store and Google Play. You can download the app to your mobile device to read the article offline and create a self-guided walking tour to visit the attractions featured in this article. The app turns your mobile device into a personal tour guide and it works offline, so no data plan is needed when traveling abroad.