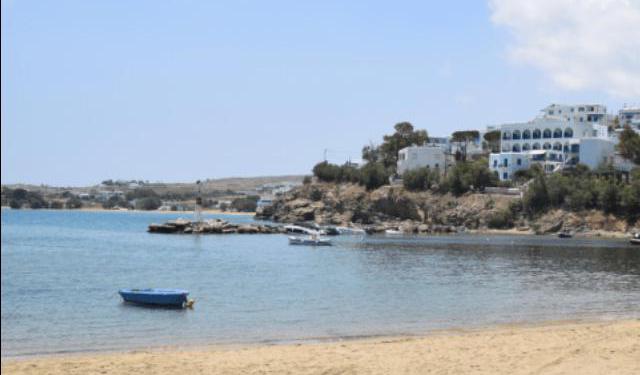 Paros may be an island you’ve never heard of, as it’s still a quite unknown Greek island. That’s also the reason why I loved it! It has the similar beauty of Santorini, but not the crowds. Paros belongs to the Cyclades and is overloaded with atmospheric towns, beautiful beaches and romantic bays. In this article I’ll tell you all about this beautiful island.

For the ones who don’t know the Cyclades that well: it’s an island group in the Aegean Sea which belongs to Greece. The Cyclades exist out about 56 islands, but the major ones are Santorini, Mykonos, Naxos and Paros. A big characteristic of the Cyclades are the white houses with blue doors and frames. Especially for island hopping the islands are popular. Santorini and Mykonos are the islands which attracts the most tourists. Mykonos is the best place for parties and Santorini is the best place for sunsets. Paros is still quite unknown, but absolutely beautiful and worth a visit.

It’s very hard to arrive on Paros by flight. Easier is to book a flight to Santorini or Athens, from where you can take the ferry to Paros. During my time around the Cyclades, I took the Piraeus Paros ferry route, which connects Athens with the Cyclades. It’s currently operated by three ferry companies: Blue Star Ferries, SeaJets and Golden Star Ferries. It depends on what day and what time you’d like to go; I often used the Blue Star Ferries, which was arranged very well. ...... (follow the instructions below for accessing the rest of this article).
This article is featured in the app "GPSmyCity: Walks in 1K+ Cities" on iTunes App Store and Google Play. You can download the app to your mobile device to read the article offline and create a self-guided walking tour to visit the attractions featured in this article. The app turns your mobile device into a personal tour guide and it works offline, so no data plan is needed when traveling abroad.