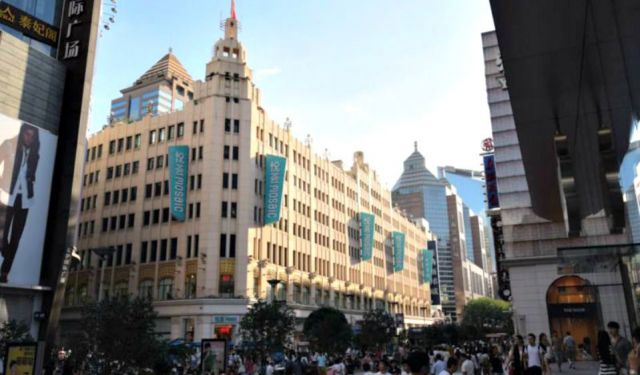 The Bund is probably Shanghai’s most popular tourist destination. Its row of historical buildings lined the western bank of Huangpu River, opposite the downtown area of Pudong. Architecturally fascinating, these buildings and the waterfront area have long been the undisputed symbol of Shanghai.

“The Shanghai Bund has dozens of historical buildings, lining the Huangpu River, that once housed numerous banks and trading houses from the United Kingdom, France, the United States, Italy, Russia, Germany, Japan, the Netherlands and Belgium, as well as the consulates of Russia and Britain…”

Earlier in the year, when I was purchasing discounted air tickets to Chengdu (Sichuan, China), it came with a 3-hours transit in Pudong Airport (Shanghai). Seeing the opportunity, I promptly jumped at the chance to extend the transit and spend a day exploring this intriguing and vibrant city.

The overnight flight into Pudong Airport was uneventful. It landed early morning as scheduled and the immigration/customs clearance was quick and without a hitch. After collecting the luggage, I trudged into the arrival hall looking for my transfer to downtown Shanghai. I’ve made a reservation at a hotel, which is within walking distance to The Bund. ...... (follow the instructions below for accessing the rest of this article).
This article is featured in the app "GPSmyCity: Walks in 1K+ Cities" on iTunes App Store and Google Play. You can download the app to your mobile device to read the article offline and create a self-guided walking tour to visit the attractions featured in this article. The app turns your mobile device into a personal tour guide and it works offline, so no data plan is needed when traveling abroad.