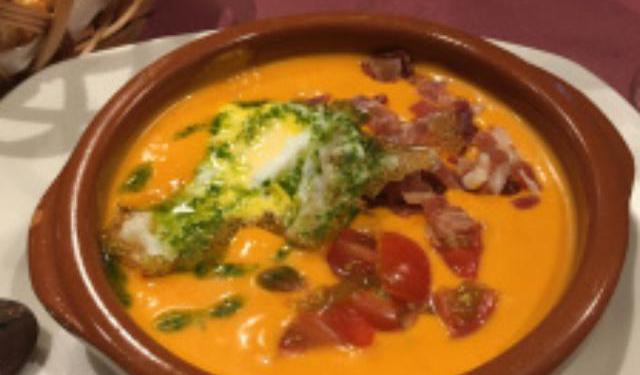 The Food of Malaga and Where to Eat, Malaga, Spain (B)

Spain is a vast country and its geographic regions are so diverse that the foods you find in say, verdant Galicia in the north, compared to the dry, desert region of Almeria in south-eastern Spain, vary enormously and in harmony with their climate. The province of Andalucia in the south is particularly varied, with the mountainous range of the Sierras to the north, the fertile valley of the Guadalquivir River to the west, the dry deserts of Almeria and the Mediterranean coastline to the south and Atlantic Ocean to the west.

Malaga, in the far south of Andalucia, on the Costa del Sol, has a mild climate; even in January there is an average temperature of 17C and low rainfall. So it’s an ideal destination for a short winter getaway. It is one of the oldest cities in Europe. Founded by the Phoenicians around 2,800 years ago, it has been invaded by the Romans, Greeks and Moors. Malaga is often seen as a gateway between Spain and North Africa and the Moorish influence is much in evidence even today, not only in the city’s architecture and culture, but in its food. ...... (follow the instructions below for accessing the rest of this article).
This article is featured in the app "GPSmyCity: Walks in 1K+ Cities" on iTunes App Store and Google Play. You can download the app to your mobile device to read the article offline and create a self-guided walking tour to visit the attractions featured in this article. The app turns your mobile device into a personal tour guide and it works offline, so no data plan is needed when traveling abroad.

Create Your Own Self-Guided Walks in Malaga
Guide Name: The Food of Malaga and Where to Eat
Guide Location: Spain » Malaga
Guide Type: Self-guided Walking Tour (Article (B))
Author: Kay Gale
Read it on Author's Website: https://travel-gourmet.com/2020/01/31/the-food-of-malaga-and-where-to-eat/
Sight(s) Featured in This Guide: