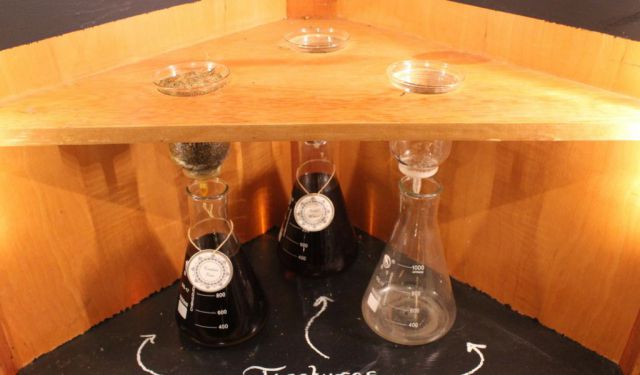 The Hidden Alchemist: A European-Style Apothecary in Seattle, Seattle, Washington (B)

I have to admit something. I am a European at heart. I grew up with Ukrainian and Polish immigrant elders, persecuted from World War Two, and once I lived in Germany, I became attached to my European roots.

On many levels, I knew my soul spent lifetimes in Europe. Sometimes I joke it’s why I ‘ve felt so out of place in America. Europe changed me in ways that I cannot describe. I became more logical and spiritual at the same time.

How does that work? To see the persecution and destruction of people and places makes one realistic about human nature and mankind. We’ve evolved as a specie, but have a long way to go.

Upon returning to Seattle, I spent the weekend rediscovering Seattle’s historic Pioneer Square district. To me, Pioneer Square is a European-oasis dotted between the Amazonian jungle of mile-high skyscrapers and the cannabis-infused district of SODO.

Intuition guided me to the popular Arcade. Ironically, I never explored the basement and the nagging voice in my head said, “Go downstairs!” ...... (follow the instructions below for accessing the rest of this article).
This article is featured in the app "GPSmyCity: Walks in 1K+ Cities" on iTunes App Store and Google Play. You can download the app to your mobile device to read the article offline and create a self-guided walking tour to visit the attractions featured in this article. The app turns your mobile device into a personal tour guide and it works offline, so no data plan is needed when traveling abroad.