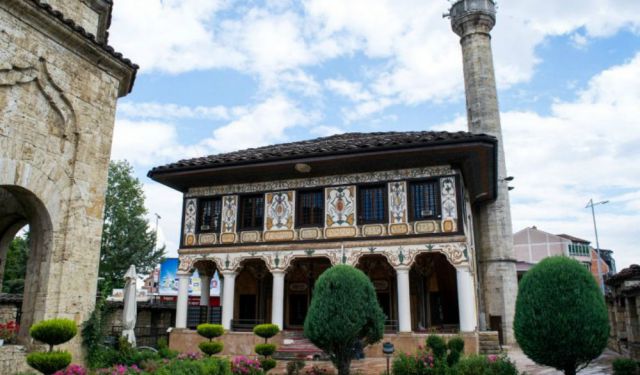 In Ohrid, the end of my time in Macedonia was drawing near with my last stop being the nation’s capital of Skopje. Still wanting to see more of the country, I decided to squeeze an extra destination in before reaching my final stop. I had originally considered visiting Mavrovo National Park but had learned that there were difficulties getting about and finding accommodation, so I opted instead for the city of Tetovo. Roughly two-thirds of the way to Skopje, the city seemed like a natural stopping point and a chance to see a little more of Macedonia. Little did I know, visiting Tetovo would come with its fair share of surprises.

My first surprise visiting Tetovo came up almost immediately with my bus from Ohrid. I had looked up bus schedules online before leaving but was met with confusion at the bus station. At the ticket counter, the lady told me that the bus didn’t stop in Tetovo but when I asked for the bus times she included that same exact time. It wasn’t until I was boarding the bus that the driver explained that the bus did go to Tetovo, just not to the bus station. Unfortunately what he meant was that it stopped on the highway that bypassed the city, leaving me with a 4 kilometre walk into the city. ...... (follow the instructions below for accessing the rest of this article).
This article is featured in the app "GPSmyCity: Walks in 1K+ Cities" on iTunes App Store and Google Play. You can download the app to your mobile device to read the article offline and create a self-guided walking tour to visit the attractions featured in this article. The app turns your mobile device into a personal tour guide and it works offline, so no data plan is needed when traveling abroad.