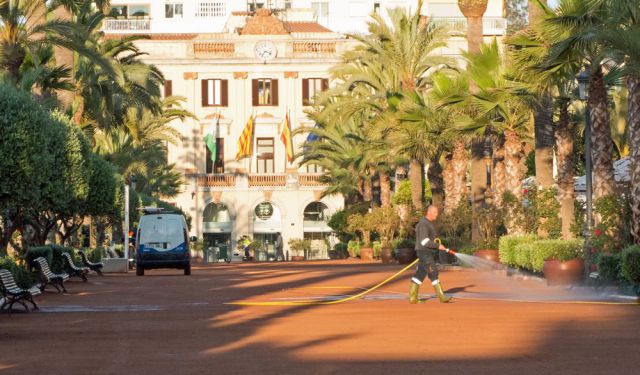 We’ve all seen the classic view of Lloret de Mar, the beautiful sandy beach and the line of gleaming modern hotels. And I assumed the rest of the town would be much the same, filled with anonymous concrete. But what a surprise when I stepped back from the sea front and found myself in a different world. A world of splendid modernist buildings and an old town whose narrow streets recall a different era.

Many of the most important buildings of Lloret de Mar are included in the Open Museum of Lloret (MOLL). This is not a museum in the conventional sense but an innovative way of bringing the visitor’s attention to the wealth of historic buildings in and around the town. Within Lloret MOLL includes the remains of early Iberian settlements, historic houses and several Modernist buildings. Further afield are a number of old chapels and hermitages, and the Rensaissance-inspired Santa Clotilde Gardens close to Fenals Beach.

Some of MOLL’s buildings are museums in their own right. Can Garriga incorporates the Tourist Information Office and the Maritime Musuem, and Es Tint, now the headquarters of the local Fishermen’s Guild, has a small display of fishing history. Then there is Can Saragossa, home of the Archeology Museum. This was once a farmhouse, but was later updated to become an impressive private residence and then a hotel. As you walk around the museum note the features of this once grand house, including the tiles, the fireplace and the stairway. ...... (follow the instructions below for accessing the rest of this article).
This article is featured in the app "GPSmyCity: Walks in 1K+ Cities" on iTunes App Store and Google Play. You can download the app to your mobile device to read the article offline and create a self-guided walking tour to visit the attractions featured in this article. The app turns your mobile device into a personal tour guide and it works offline, so no data plan is needed when traveling abroad.