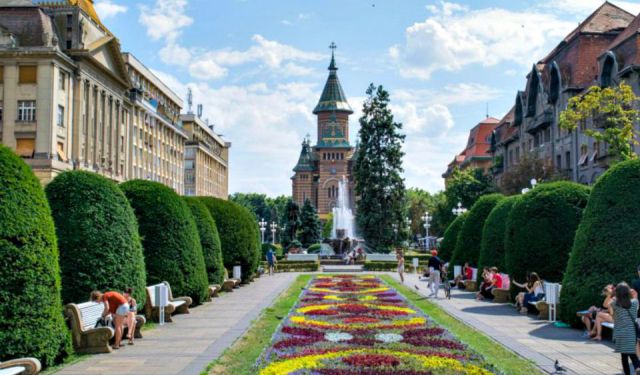 Still not fully appreciated by international tourists, Romania is a far bigger country than people realise. Visitors tend to focus on the gothic mystique of Transylvania and the nation’s capital Bucharest, but the country has plenty more to offer. Case in point is the revolutionary city of Timisoara, that has proudly remained defiant for centuries against invaders, conformity and dictators. That being said, it also happens to be an exceptionally striking city featuring grand and vibrant architecture that just begs to be shared.

As one of the largest cities in Romania, Timisoara is actually the de facto capital of Romania’s western reaches. This geography though leaves it detached from the increasingly popular tourist route that carves through Transylvania from Sibiu, to Brasov and down to Bucharest. In fact, the city is far closer to major cities in neighbouring Hungary and Serbia than it is to its Romanian kin. Still, visit and you’ll be glad that you made the detour because the city’s vibrancy and rebel nature just bursts out at you. ...... (follow the instructions below for accessing the rest of this article).
This article is featured in the app "GPSmyCity: Walks in 1K+ Cities" on iTunes App Store and Google Play. You can download the app to your mobile device to read the article offline and create a self-guided walking tour to visit the attractions featured in this article. The app turns your mobile device into a personal tour guide and it works offline, so no data plan is needed when traveling abroad.