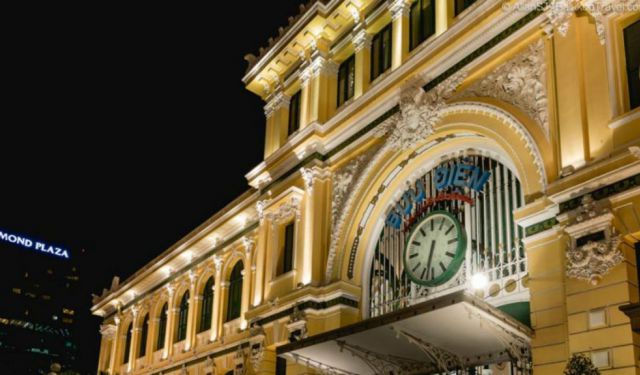 Things to Do in Ho Chi Minh City, Saigon/HoChiMinh City, Vietnam (B)

Ho Chi Minh City was formerly known as Saigon. And can be traced back to at least 1859, when the French colonized southern parts of Vietnam. The French colony was called Cochinchina, and Saigon was made the capital of this colony in 1862.

The French colonial period lasted till 1954, when the Republic of Vietnam (South Vietnam) was established with Saigon as its capital. This was to last till 1975, at the conclusion of the Vietnam War, with victory for North Vietnam. As a result of the war, Vietnam was reunified and Saigon was officially renamed Ho Chi Minh City, in reference to the North’s inspirational leader Ho Chi Minh. The capital of reunified Vietnam would follow that of North Vietnam and remain at Hanoi. ...... (follow the instructions below for accessing the rest of this article).
This article is featured in the app "GPSmyCity: Walks in 1K+ Cities" on iTunes App Store and Google Play. You can download the app to your mobile device to read the article offline and create a self-guided walking tour to visit the attractions featured in this article. The app turns your mobile device into a personal tour guide and it works offline, so no data plan is needed when traveling abroad.