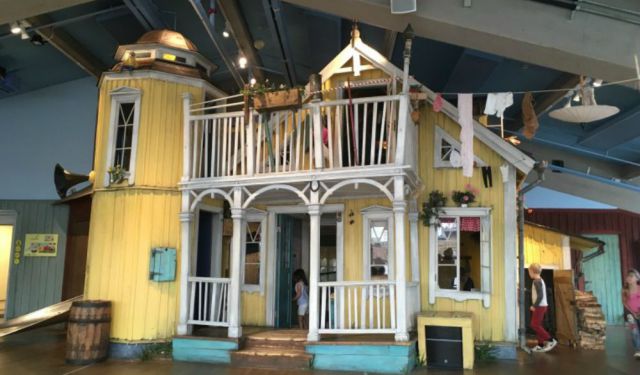 Three Days in Stockholm with Kids, Stockholm, Sweden (B)

I hadn’t quite appreciated the size of Stockholm until we arrived in the Swedish capital in early September 2016. Spread across 14 islands with 57 bridges, there’s a lot to see. From world-class museums to theme parks, a Royal Palace and 800-year Old Town, we had three days there and left feeling we needed to come back and see more. Stockholm was the final stop on our road trip which had begun in Oslo. If we were planning the trip again, I would begin in Stockholm. With two children in tow (including a three-month-old baby), I think we had a touch of travel fatigue but still appreciated the unique, child-friendly city. Here’s a run down of what we did in three days in Stockholm.

We arrived in Stockholm by train from Uppsala where we’d spent the night, dropping off the hire car we’d driven from Gothenburg. It was a straight forward 50 minute train journey. After checking into our hotel (the Radisson Blu near Central Station) we wandered over to Stockholm’s Old Town taking in some of the sights on the way including Stockhom’s Parliament and Royal Palace. ...... (follow the instructions below for accessing the rest of this article).
This article is featured in the app "GPSmyCity: Walks in 1K+ Cities" on iTunes App Store and Google Play. You can download the app to your mobile device to read the article offline and create a self-guided walking tour to visit the attractions featured in this article. The app turns your mobile device into a personal tour guide and it works offline, so no data plan is needed when traveling abroad.