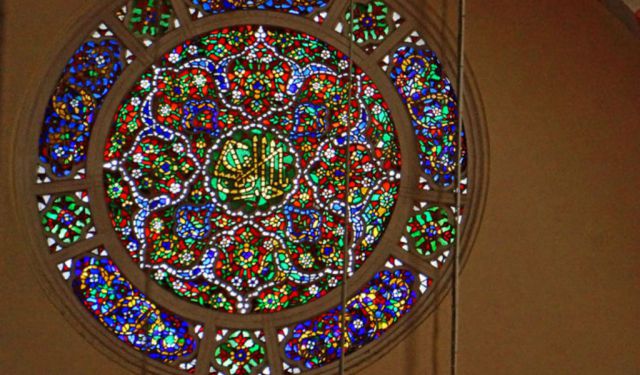 Istanbul does not have a shortage of mosques. There are small ones, big ones, new ones, old ones, simple ones, ornate ones, functioning ones, and ones that have been secularized. A boat trip along any part of the Bosphorus reveals exactly how plentiful mosques are in this city – everywhere you look while on the water, you can see that there are spires poking up into the sky proclaiming “Yep! Here lies another one!”

If you are a fan of history, architecture, and/or art, the abundance of mosques is a good thing in that you won’t soon run out of them to look at. While each mosque is beautiful in its own way, there are some that stand out from the pack. Each mosque I chose for this list stood out for me in terms of atmosphere, beauty, and location.

In no particular order, here is a list of the Top 7 mosques you should visit on your trip to Istanbul:

Rüstempaşa Camii, or Rustem Pasha Mosque in English, is a beautiful example of an Ottoman mosque. To me, it was beautiful both for its looks and for the fact that it was uncrowded. It isn’t as famous as other mosques in Istanbul and I’m not sure why as its tile work is quite amazing. Maybe because it is smaller in size or “difficult” to find? True, it isn’t situated in an open plaza like the Blue Mosque or the New Mosque; instead, it is smack in the middle of the Hasırcılar Çarşısı (Strawmat Weavers Market) in the Eminönü area. However, we found it easily enough. While I didn’t see any mats of straw at the market, there were tons of everything else and the hustle and bustle meant if you happened to take one step too many while looking in the wrong direction, you’ll totally miss the entrance to the mosque. So my tip for Rüstem Pasha is PAY ATTENTION. Shop later! ...... (follow the instructions below for accessing the rest of this article).
This article is featured in the app "GPSmyCity: Walks in 1K+ Cities" on iTunes App Store and Google Play. You can download the app to your mobile device to read the article offline and create a self-guided walking tour to visit the attractions featured in this article. The app turns your mobile device into a personal tour guide and it works offline, so no data plan is needed when traveling abroad.