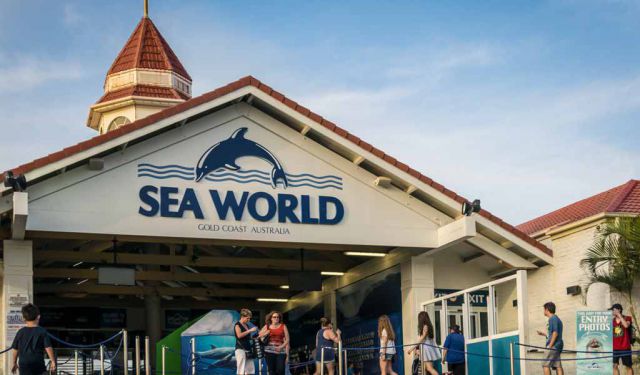 Top 9 Places to Visit in Gold Coast for Families with Kids, Gold Coast, Australia (B)

Those whom have had to travel with kids will surely comprehend that not all tourist attractions are suitable and enjoyable for kids. For this reason, we’ve come up with the following tried-and-tested list of Top 9 Places to visit in Gold Coast for families with these little gems in tow.

Referred to as “Australia’s playground” by some, Gold Coast is a major holiday destination down under, with Surfers Paradise (suburb/beach) being the focal point of most activities. A coastal city an hour’s drive south of Brisbane, Gold Coast’s subtropical climate (with relatively consistent temperatures year-round) and its seducing surf beaches affirm its popularity with visitors for the past few decades.

With its high density of theme parks (5 major parks), Gold Coast is widely considered “Australia’s Theme Park Capital”. It is no coincidence that we start our list with one of the most popular amongst them: Warner Bros Movie World.

Started in 1991, it is the only movie related theme park in Australia. Containing many movie-themed rides, attractions and shows, the park has a good mix of entertainment/activities for visitors of all ages. In particular, the Looney Tunes section caters to younger kids. ...... (follow the instructions below for accessing the rest of this article).
This article is featured in the app "GPSmyCity: Walks in 1K+ Cities" on iTunes App Store and Google Play. You can download the app to your mobile device to read the article offline and create a self-guided walking tour to visit the attractions featured in this article. The app turns your mobile device into a personal tour guide and it works offline, so no data plan is needed when traveling abroad.