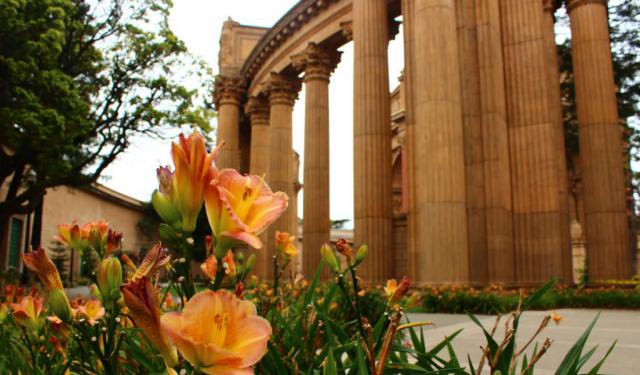 Although one of the youngest cities in the country, San Francisco has plenty of history to share. Established as a city in 1848, Native Americans once colonized this land since 3000 BC. The Spanish explorers arrived in 1769, which was the start of some of the official colonization of the west. Many came to SFO for the gold rush in 1849, which marked San Francisco to the city people know and love today. The history is complex, but there is plenty to explore and see from the Spanish missionaries to the Victorian Era architecture, so there is something for every type of history buff.

The Promenade is a 4.3 mile seaside trail that leads from the marina district to the Golden Gate Bridge. Enjoy stunning views of the bridge, seasonal flowers and panoramic views of the city from the bridge. Many picnic or enjoy more natural spaces at the Presidio’s Crissy Field, which was once an army field now turned into a recreational park.

Take the trail to the one-mile the Golden Gate Bridge, to enjoy more views of the city and the Pacific Ocean. This is one of the most photographed bridges in the world, and was the longest suspension until 1964. Construction ended in 1937, and this was a major advancement in architecture during that time. ...... (follow the instructions below for accessing the rest of this article).
This article is featured in the app "GPSmyCity: Walks in 1K+ Cities" on iTunes App Store and Google Play. You can download the app to your mobile device to read the article offline and create a self-guided walking tour to visit the attractions featured in this article. The app turns your mobile device into a personal tour guide and it works offline, so no data plan is needed when traveling abroad.