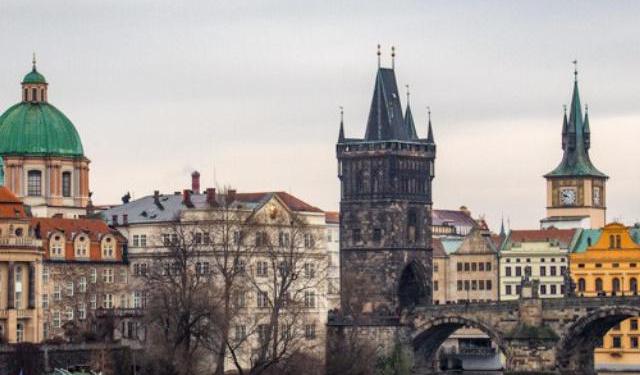 Top Places to See in Prague, Prague, Czech Republic (B)

Once the historical capital of Bohemia, Prague is now the capital and largest city in the Czech Republic with 1.3 million people. We arrived in the fifth most visited European city via bus from Nuremberg which was the fastest mode of public transportation. The bus dropped us off at the main train station, Praha, which interestingly used to be called the Wilson Station, after American president Woodrow Wilson!

Woodrow Wilson was a leading supporter of Czech and Slovak independence from the Austro-Hungarian Empire. He recognized the sovereignty of a defacto government modeled after the US constitution which was set up by Masaryk who was in US exile. Soon the Czechs and Slovaks joined together to form the independent Czechoslovakia in 1918.

Masaryk became the first president of Czechoslovakia, and in gratitude for Wilson’s support, he named the train station for him. Ten years later, a bronze statue of Wilson was erected outside the station. It remained until 1941 when the Nazi party tore it down. During the Nazi occupation, the name of the station was also changed. ...... (follow the instructions below for accessing the rest of this article).
This article is featured in the app "GPSmyCity: Walks in 1K+ Cities" on iTunes App Store and Google Play. You can download the app to your mobile device to read the article offline and create a self-guided walking tour to visit the attractions featured in this article. The app turns your mobile device into a personal tour guide and it works offline, so no data plan is needed when traveling abroad.