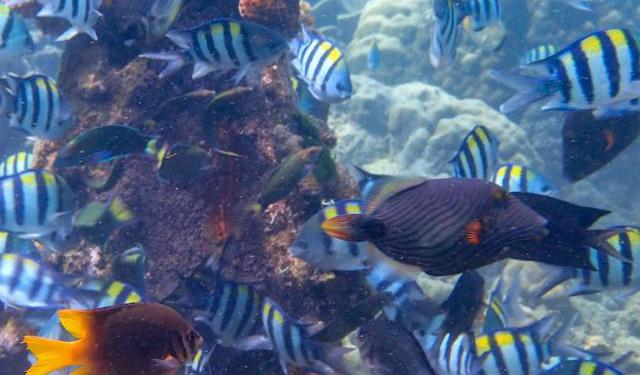 Top Things to Do in Honiara, Honiara, Solomon Island (B)

After four weeks of island hopping, I joined my friends in the Solomons after an unusual connecting flight through Fiji. The gentleman in my row asked me to carry his alcohol through immigration. I’m sure it was just due to a limit, but entering a foreign country, I politely replied, “No, thank you.” Upon a second attempt, to which I said no again, he told me I wasn’t being very nice! A few folks behind us overheard, and at the end of the flight, they wanted to know more. In the end, I learned, one lady sails her boat around the world. Envious, I said, I wish I met you while in Vanuatu, I always find myself wanting to be on islands that are only accessible to boats. She told me for the future, I could just go to a website call Crew Seekers. Hello! That’s how I’ll be doing some of my future trips.

But for now, it’s all about the Solomons. I was so happy to see my friends, and for that matter, simply to talk to people with an American accent. No more concentrating on different tones! I ended up in the Solomons to join Julie and Dustin on a dive boat live aboard whose itinerary goes from Honiara on Guadalcanal Island to Munda on New Georgia Island over a week. The way the flights are scheduled from the USA and Fiji caused us to land in Honiara three days early and stay in Munda an additional three days. With Julie and Dustin being hard core divers, we planned two days of diving and one day for a World War II tour in Honiara. Ultimately, at no fault of our own, our plans changed, but our adventures continued. After landing to a crowd of people welcoming their family home, we met the pre-arranged airport shuttle, and after a 30-minute drive, we checked into our hotel, The Coral Sea Resort and Casino. ...... (follow the instructions below for accessing the rest of this article).
This article is featured in the app "GPSmyCity: Walks in 1K+ Cities" on iTunes App Store and Google Play. You can download the app to your mobile device to read the article offline and create a self-guided walking tour to visit the attractions featured in this article. The app turns your mobile device into a personal tour guide and it works offline, so no data plan is needed when traveling abroad.