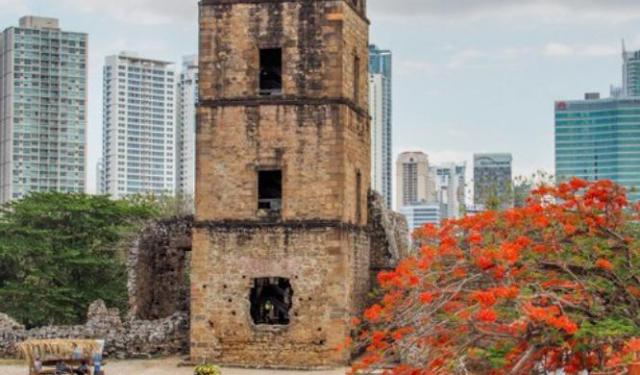 I found a cheap flight to Panama, so I picked up a Lonely Planet guide and figured out a week’s itinerary…three days in Panama City and three days in Boquete. Aside from the Panama Canal, I hadn’t heard much about the country, so I went with guarded expectations. I was pleasantly surprised. I found the wonderful Latin America culture coupled with some American conveniences such as safe drinking water, easy and cheap Uber rides, excellent food, and US currency. To me, this was perfect!

I stayed in Casco Viejo which is the old quarter and historic district of Panama City. Now a UNESCO World Heritage Site, it was settled in 1673 after the near complete destruction of the original Panama City, now known as Panama Viejo, in 1671. Casco Viejo is a mixture of ruins as well as abandoned and restored buildings. This section of Panama City is similar to Antigua, Guatemala or Granada, Nicaragua and not quite as popularized as Cartagena, Colombia. Originally, I booked Hotel Tantalo through Hotels.com because it looked like a cool place with a rooftop and included the use of free bicycles. The hotel emailed me a letter saying it was a party hotel. Oops…not for me! They suggested I cancel. ...... (follow the instructions below for accessing the rest of this article).
This article is featured in the app "GPSmyCity: Walks in 1K+ Cities" on iTunes App Store and Google Play. You can download the app to your mobile device to read the article offline and create a self-guided walking tour to visit the attractions featured in this article. The app turns your mobile device into a personal tour guide and it works offline, so no data plan is needed when traveling abroad.