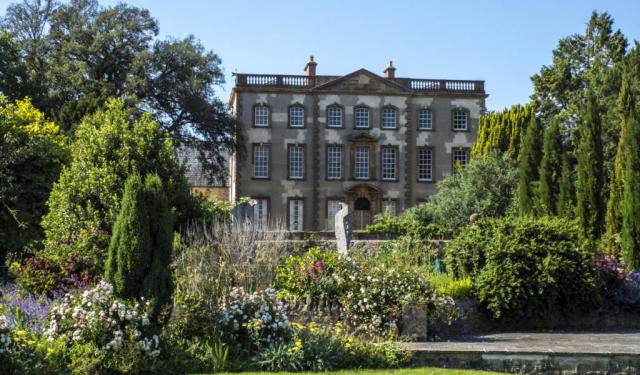 Two Days in Sherborne: Day Two, Around the Abbey, Sherborne, England (B)

It was the crystal waters of the Scire-burne (clear stream) that led Aldhelm, then abbot of Malmesbury, to choose Sherborne as the site for his bishop’s seat, or cathedra. Over the centuries the original church building has been extended and surrounded by a complex of related buildings. Today, many of these buildings have been incorporated into the fabric of town life.

My first encounter with a building associated with the abbey was the Conduit on the Parade on Cheap Street. This free-standing hexagonal building was originally part of the northern alley of the cloisters in the abbey. It was built as the monks’ washing room. In 1560, twenty-five years after it was completed, it was moved to its present position. It has had a variety of uses including a reading room, a police station and a penny bank. Behind the conduit is the Saint John Building which comprises three separate buildings. The building is owned by Sherborne School. The Bow House (fifteenth century and once part of the East Gatehouse of the Monastery), housed shops for two centuries before becoming the Sun Inn around 1850. The school bought the building in 1916. The ground floor is the staff Common Room and the upper two floors provide accommodation for masters and boys. ...... (follow the instructions below for accessing the rest of this article).
This article is featured in the app "GPSmyCity: Walks in 1K+ Cities" on iTunes App Store and Google Play. You can download the app to your mobile device to read the article offline and create a self-guided walking tour to visit the attractions featured in this article. The app turns your mobile device into a personal tour guide and it works offline, so no data plan is needed when traveling abroad.