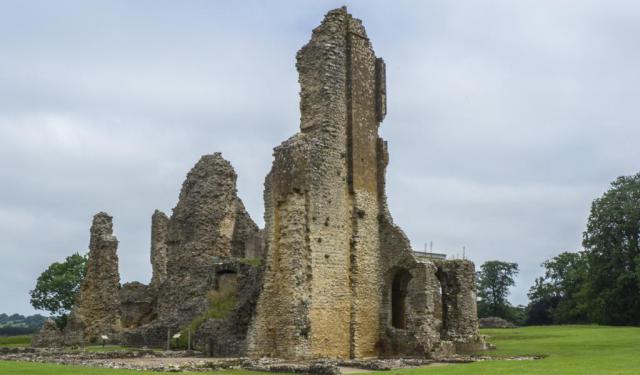 One day is not enough to absorb the history, culture and beauty of the fascinating town of Sherborne in Dorset. Where else can you wander through the gardens of the castle that Sir Walter Raleigh built followed by lunch in a former workhouse?

In 1840 the proposal that the railway should come to Sherborne in “Dorset” caused a division amongst its inhabitants. When it finally arrived in 1860 it resulted in a natural geographical partition of the town into two areas – the old parish of ”Castleton” on one side and the centre of Sherborne on the other – each one has a fascinating history and a wealth of beautiful, historical architecture. The River Yeo flows through the old district of Castleton and it was the seat of a scandal in 1859. The water from this river was deemed unfit for human consumption and the cause of a disproportionate number of deaths in the town. I found out more about this at the Sherborne Steam and Waterwheel Centre in Sherborne, Dorset.

The Victorians were the first to regulate the quality of public drinking water. The Public Health Actof 1848 ordered every borough with an annual death rate of 21 or more per thousand of the population to set up a supply of fresh, clean water. At the time Sherborne had a death rate around 22/23 but this rose to 62. This was thanks to the dirty water of the River Yeo due to a leak from the town sewer and the discharge of effluent from local slaughterhouses. Clean water was brought to Sherborne in 1869 by an ingenious method using a waterwheel that pumped water from three different sources – two new boreholes and an underground feed from Sherborne Lake. Each feed was at a different height so a source of water would always be available to turn the waterwheel. One of these feeds had once filled the mill pond at Castleton Mill that had been demolished to make way for the railway. Lift pumps pumped the water to a reservoir at the top of the town. The wheel was taken out of service in 1959 by which time its pumps were beyond economic repair. Within seven years the water wheel could no longer cope with the increased demand of the town and a steam powered pumping station was built on the same site. But it was very expensive to run. In 1969 most of the machinery on the site was dismantled and removed for scrap but the waterwheel remained in place. ...... (follow the instructions below for accessing the rest of this article).
This article is featured in the app "GPSmyCity: Walks in 1K+ Cities" on iTunes App Store and Google Play. You can download the app to your mobile device to read the article offline and create a self-guided walking tour to visit the attractions featured in this article. The app turns your mobile device into a personal tour guide and it works offline, so no data plan is needed when traveling abroad.