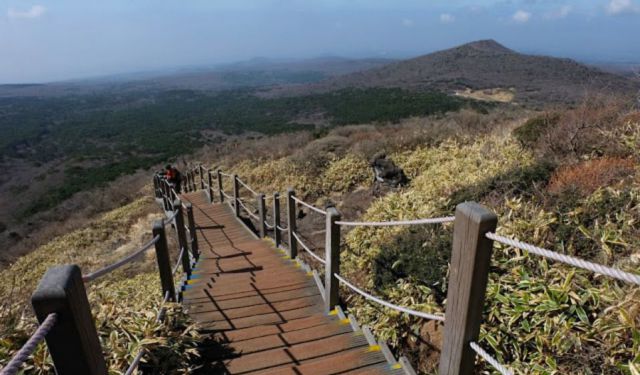 Jeju Island has 368 oreums or volcanic cones. Of the 368, two have been designated as World Heritage Sites: Geomun Oreum and Seongsan Ilchulbong. Hiking in Geomun Oreum is a popular activity, and there are three trails to choose from:

I did not get to visit Geomun Oreum and Manjanggul Cave, but I did get to hike the other two UNESCO World Heritage Sites: ...... (follow the instructions below for accessing the rest of this article).
This article is featured in the app "GPSmyCity: Walks in 1K+ Cities" on iTunes App Store and Google Play. You can download the app to your mobile device to read the article offline and create a self-guided walking tour to visit the attractions featured in this article. The app turns your mobile device into a personal tour guide and it works offline, so no data plan is needed when traveling abroad.