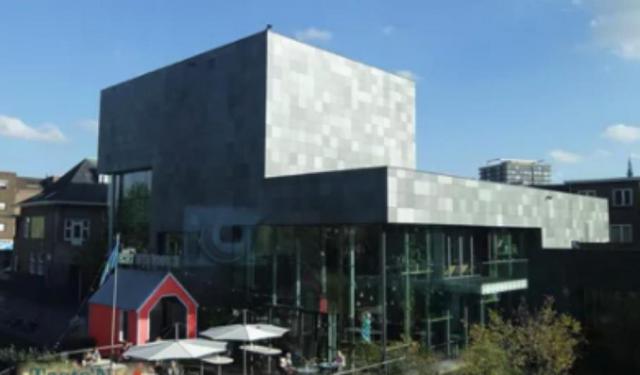 Eindhoven is one of the well-known high tech industrial centers in Europe. The city is rapidly growing since the beginning of 20th century thanks to its citizens, who are always seeking for innovation and originality.

Henri Van Abbe, a cigar manifacturer, was one of the citizens who made a significant contribution to Eindhoven. He was passionate for collecting art pieces from various national and international artists. His life period coincided with the era that perception of art has shifted towards modernism which is the true evidence of ever-changing world.

Taste’n Travel: Van Abbemuseum Eindhoven. From Top Left to Bottom Right: Portrait of Henri Van Abbe, Museum’s main gate, the cafeteria and a statue of Rodin. ...... (follow the instructions below for accessing the rest of this article).
This article is featured in the app "GPSmyCity: Walks in 1K+ Cities" on iTunes App Store and Google Play. You can download the app to your mobile device to read the article offline and create a self-guided walking tour to visit the attractions featured in this article. The app turns your mobile device into a personal tour guide and it works offline, so no data plan is needed when traveling abroad.