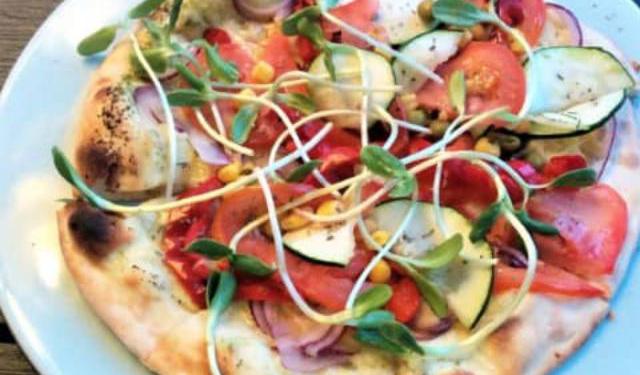 On my recent trip to Lithuania, I was happy to find that both its capital city, Vilnius, and its second largest city, Kaunas, are vegan-friendly. From speaking to locals I learnt that awareness of veganism has grown rapidly in Lithuania in the past few years.

In Kaunas you can try vegan versions of some traditional Lithuanian dishes, as well as vegan pizza, vegan burgers, falafel etc. I was happy to find that Kaunas also has a good choice of vegan products in its big supermarkets.

More about that later in this post. Most vegan and vegetarian restaurants in Kaunas are close to each other in the city centre. The city itself is perfectly walkable and very easy to get around. Eating out in Kaunas is generally quite inexpensive, so you can have a good meal at an affordable price. ...... (follow the instructions below for accessing the rest of this article).
This article is featured in the app "GPSmyCity: Walks in 1K+ Cities" on iTunes App Store and Google Play. You can download the app to your mobile device to read the article offline and create a self-guided walking tour to visit the attractions featured in this article. The app turns your mobile device into a personal tour guide and it works offline, so no data plan is needed when traveling abroad.