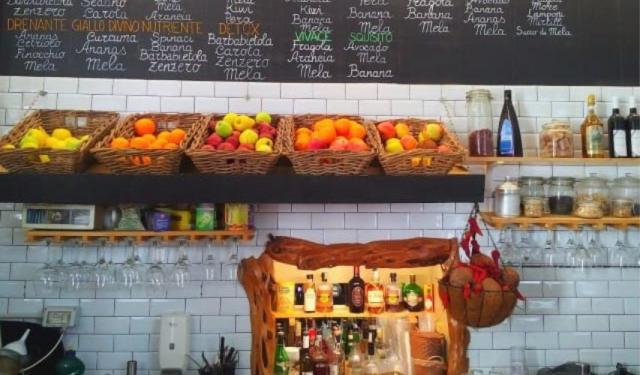 A lovely place in a central location. This is a healthy fast food restaurant, famous for its colourful burger buns, including a black one and a pink one. The menu on the wall is in Italian, so ask for the English menu at the counter.

The vegan burgers are delicious. My favourite was the spicy one in the yellow bun, and I also enjoyed the seitan burger in the black bun. There’s plenty of space in the restaurant, including a second floor and some outdoor seating. Flower Burger is part of a chain that has more restaurants in other cities around Italy, including Milan, Rome, Bergamo, Palermo and others, plus one more restaurant in Rotterdam in The Netherlands. ...... (follow the instructions below for accessing the rest of this article).
This article is featured in the app "GPSmyCity: Walks in 1K+ Cities" on iTunes App Store and Google Play. You can download the app to your mobile device to read the article offline and create a self-guided walking tour to visit the attractions featured in this article. The app turns your mobile device into a personal tour guide and it works offline, so no data plan is needed when traveling abroad.