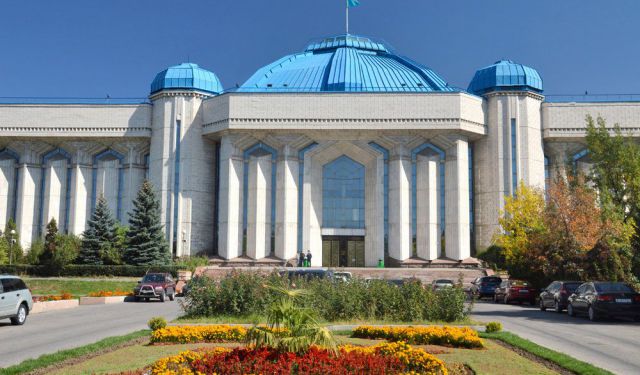 Visiting Almaty - What to See in the Former Capital, Almaty, Kazakhstan (B)

Almaty - Kazakhstan's largest city and the former capital. At first, it looks completely ordinary and uninteresting, and if it weren't for the world's class natural wonders surrounding it (I'll describe them all in detail soon), probably no one would be willing to come here. But if you take a second, closer look, you'll notice the uniqueness, vibrancy and diversity. Having said that, it seems that no foreign travelers (especially from the western countries) ever make it to Almaty or other Central Asian places anyway. We didn't meet any westerners there. This is, of course, not because of the lack of attractions in the region - I suppose the mainstream media are at fault here - by always depicting the post-Soviet states as backward, grey, boring and gloomy.

Almaty is the main gateway to Kazakhstan. Most of the country's natural, spectacular wonders are located around (see the section "Outside Almaty" below). Moreover, Almaty is very well connected by modernized railway with the ultra modern capital Astana - which is also a must-see! ...... (follow the instructions below for accessing the rest of this article).
This article is featured in the app "GPSmyCity: Walks in 1K+ Cities" on iTunes App Store and Google Play. You can download the app to your mobile device to read the article offline and create a self-guided walking tour to visit the attractions featured in this article. The app turns your mobile device into a personal tour guide and it works offline, so no data plan is needed when traveling abroad.