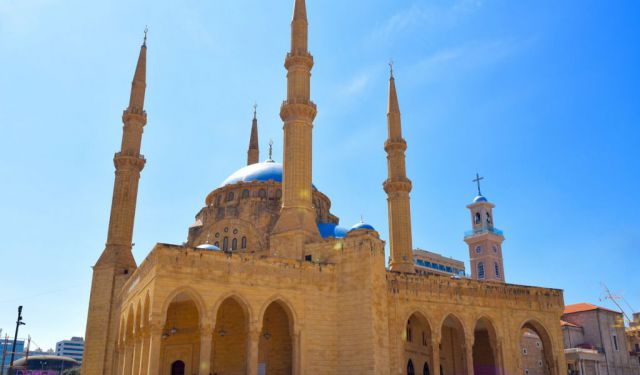 Visiting Beirut, the Paris of the Middle East, Beirut, Lebanon (B)

When I decided to travel to Lebanon last minute, everyone thought I had gone crazy. Unfortunately, Beirut gets a very bad press due to its stormy recent past as well as the ongoing conflicts in the neighbouring countries.

What I found is a very modern country with an incredibly interesting capital, mixing Middle Eastern and European styles. For a good reason, Beirut is known as the 'Paris of the Middle East'! If you're curious about what this city has to offer, check out this post!

The entire city of Beirut is bordered by the Mediterranean sea, so I headed straight to the General de Gaulle Avenue that connects the Corniche to the Pigeon Rocks, one of the main symbols of Beirut.

In this part of the city, it is especially noticeable the infrastructural damage that the recent conflicts have caused to the city.

It's worth remembering that the last one took place only in 2006 when Israel occupied the south of Lebanon after Hezbollah launched a rocket attack towards some northern Israeli military positions and towns, causing a 34-day military conflict where Israel bombarded the airport and main ports of Beirut. ...... (follow the instructions below for accessing the rest of this article).
This article is featured in the app "GPSmyCity: Walks in 1K+ Cities" on iTunes App Store and Google Play. You can download the app to your mobile device to read the article offline and create a self-guided walking tour to visit the attractions featured in this article. The app turns your mobile device into a personal tour guide and it works offline, so no data plan is needed when traveling abroad.