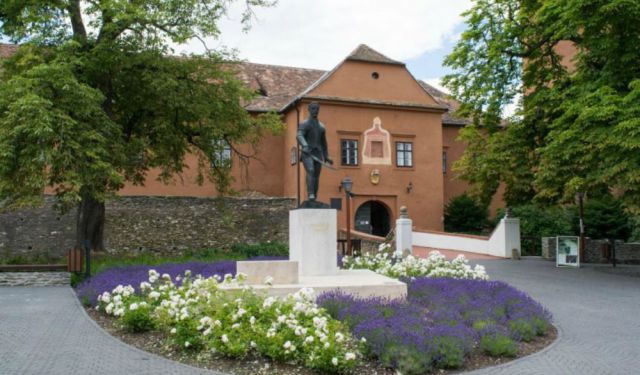 A long time before I thought of taking a trip through Hungary, I’d been looking at possible day trips from Vienna. The border between Austria and Hungary isn’t all that far from the capital and several promising spots had popped up in my digging. One of these was the small town of Kőszeg. The day trip to Kőszeg never materialised but it was a perfect candidate for my Hungary trip back in June.

I’m guessing you haven’t heard of Kőszeg before. Small town in Hungary, who can blame you? It’s not even on the main highway that runs from Vienna into Hungary which is further north at Sopron. But despite all that, Kőszeg packs a lot of delightful sights into such a small town. So much so that is often dubbed the “Jewel Box” of Hungary. Hopefully, once you’re done reading you too will be excited to explore this quieter part of Europe.

The very heart of Kőszeg is where you’ll find its historical centre, still partly protected by its old town walls. I’ve made it pretty clear in the past that I’m particularly fond of walled old towns, so this was a quick fire way for Kőszeg to win me over. Anyway, the walls are an extension of the defences for Jurisics Castle, which I’ll talk about in more detail later. ...... (follow the instructions below for accessing the rest of this article).
This article is featured in the app "GPSmyCity: Walks in 1K+ Cities" on iTunes App Store and Google Play. You can download the app to your mobile device to read the article offline and create a self-guided walking tour to visit the attractions featured in this article. The app turns your mobile device into a personal tour guide and it works offline, so no data plan is needed when traveling abroad.