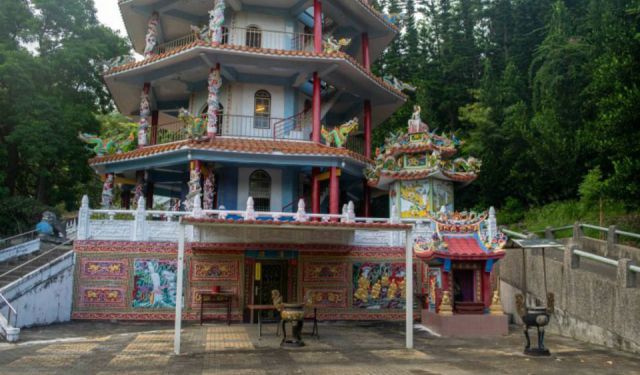 Visiting Taitung During a Typhoon, Taiwan, Taitung, Taiwan (B)

Sometimes things just don’t break your way. That was clearly the case when I visited Taitung on Taiwan’seast coast last October. This wasn’t because there was anything wrong with the small city. No, it just happened to be in a prime spot to get battered by Typhoon Khanun right during my visit there.

I went from the sweltering heat of Kaohsiung on the west coast to arrive in Taitung hours before the heavens opened. What’s funny is that I didn’t realise it was a “proper” typhoon until it was basically over. Luckily, I was never in any danger, which is not always the case.

Although I only planned on staying two days, it quickly became three as the severity of the weather dawned on me. In the end, my time in Taitung was just as much about waiting the typhoon out as it was seeing the city. Here’s what my experience was like visiting Taitung, before, during, and after Typhoon Khanun.

Before the typhoon had hit, I thankfully managed to do some sightseeing around Taitung. Compared to my other stops in Taiwan, this was a markedly different kind of destination. Places like Taipei, Taichung and Kaohsiung are all great big, dense urban cities – and that’s simply not Taitung. ...... (follow the instructions below for accessing the rest of this article).
This article is featured in the app "GPSmyCity: Walks in 1K+ Cities" on iTunes App Store and Google Play. You can download the app to your mobile device to read the article offline and create a self-guided walking tour to visit the attractions featured in this article. The app turns your mobile device into a personal tour guide and it works offline, so no data plan is needed when traveling abroad.