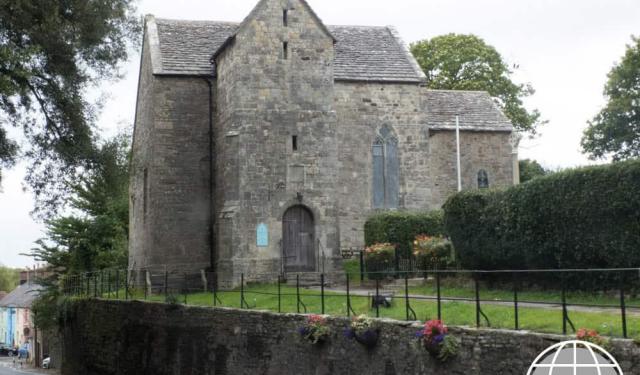 Until my recent visit to Dorset, I had no idea that there was such a thing as a Saxon walled town. I discovered Wareham by chance, my attention caught by a road sign proclaiming its ancient walls. What I found on visiting Wareham was some impressive earthworks, a peaceful walk, and a chance to learn about the town’s long history.

Although Roman activity has been detected in the area, nothing remains of the town in Roman times. However, by Saxon times Wareham had become the most important town in Dorset. The current town (and its walls) were built in the 9th century by the Saxon king Alfred the Great. Alfred was constantly at war with the Vikings, and he had a policy of building fortified towns to defend his kingdom (another example is the north Dorset town of Shaftesbury).

William the Conqueror built a large castle here, and Wareham became a prosperous market town. However it was gradually overshadowed by the nearby port of Poole, and its influence declined. The castle was abandoned in the 14th century, and nothing remains of it today. A massive fire destroyed much of the town in 1762, and many of the buildings that you now see are Georgian, built after the fire. ...... (follow the instructions below for accessing the rest of this article).
This article is featured in the app "GPSmyCity: Walks in 1K+ Cities" on iTunes App Store and Google Play. You can download the app to your mobile device to read the article offline and create a self-guided walking tour to visit the attractions featured in this article. The app turns your mobile device into a personal tour guide and it works offline, so no data plan is needed when traveling abroad.