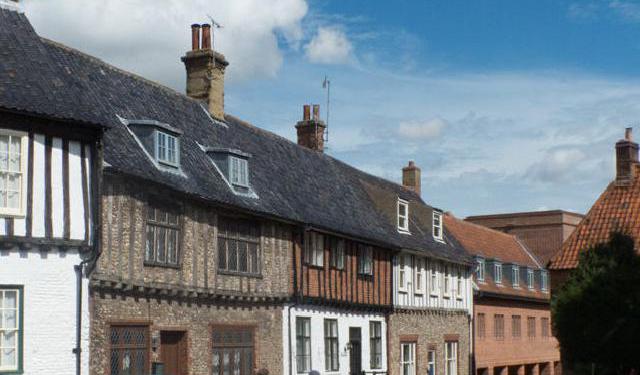 The village of Walsingham, in north Norfolk, may be small, but is packed full of history. It has been a place of pilgrimage for a thousand years, visited by many kings and queens of England. With not just one shrine, but two, it continues to be an important religious site, attracting 250,000 pilgrims every year. But what is the story of Walsingham Shrine, and what is there for tourists to see and do here?

In 1061 the Virgin Mary appeared to Richeldis de Faverches, the lady of the manor, in a vision. She instructed Richeldis to build a replica of the Holy House in Nazareth where the Angel Gabriel had visited Mary and told her that she was to give birth. In this and subsequent visions Richeldis “travelled” to Nazareth so that she could measure the exact dimensions and layout of the house.

The Walsingham Shrine was known as “England’s Nazareth”, and it became the most significant pilgrimage site in England. This was partly because it was dedicated to the Virgin Mary, who took precedence over all the saints and martyrs. Another reason for its popularity was its association with fertility, a major concern in the Middle Ages. The site grew in importance during the Crusades, when pilgrimage to Jerusalem became impossible. ...... (follow the instructions below for accessing the rest of this article).
This article is featured in the app "GPSmyCity: Walks in 1K+ Cities" on iTunes App Store and Google Play. You can download the app to your mobile device to read the article offline and create a self-guided walking tour to visit the attractions featured in this article. The app turns your mobile device into a personal tour guide and it works offline, so no data plan is needed when traveling abroad.