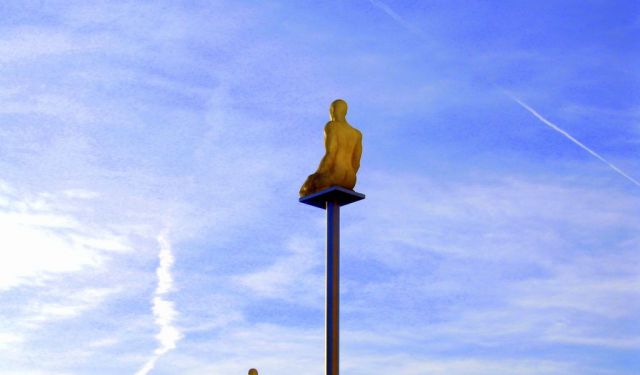 What about Nice? A City on Its Own, Nice, France (B)

Nice was an Italian city until 1860 and attracted famous guests and artists over the centuries which helped it to become the largest resort on the Mediterranean coast today. At first my senses were confused by the city and its salty air, which drives you to immediate thirst. Nice airport is an easy reach to the city with the frequent bus line 99 taking you to the center of the city. The city center, promenade des anglais, Colline du Chateau and all the other touristy spots are in a pristine condition of shabby-schickness. I word I think gets grossly over used today. Truth be told, my senses were in a blur and not because of my eight-hour lay-over, but because of the fact that all the big old grand hotels on the beach front seemed to be frozen in time, probably the 1920s. Some of the buildings and hotels in the city are truly rundown and stretches the definition of ‘shabby-shick’ to a very thin line. A late night out ended up in a 8 km walk in the wrong direction and as soon as you leave the beautiful ‘Old Town’ or tourist areas, the city tends to get down right shady. The huge apartment buildings are in bad condition with scary immigrant-like characters eyeballing the odd young female tourist walking in the wrong direction. I guess no harm will come to you if you stay inside the tourist areas (and don’t get lost). ...... (follow the instructions below for accessing the rest of this article).
This article is featured in the app "GPSmyCity: Walks in 1K+ Cities" on iTunes App Store and Google Play. You can download the app to your mobile device to read the article offline and create a self-guided walking tour to visit the attractions featured in this article. The app turns your mobile device into a personal tour guide and it works offline, so no data plan is needed when traveling abroad.

Create Your Own Self-Guided Walks in Nice
Guide Name: What about Nice? A City on Its Own
Guide Location: France » Nice
Guide Type: Self-guided Walking Tour (Article (B))
Author: Lia Nell
Read it on Author's Website: https://thenomadicpanda.com/2015/10/21/what-about-nice-a-city-on-its-own/
Sight(s) Featured in This Guide: